Looks Like Lyft Is Starting Driver Orientations in San Antonio 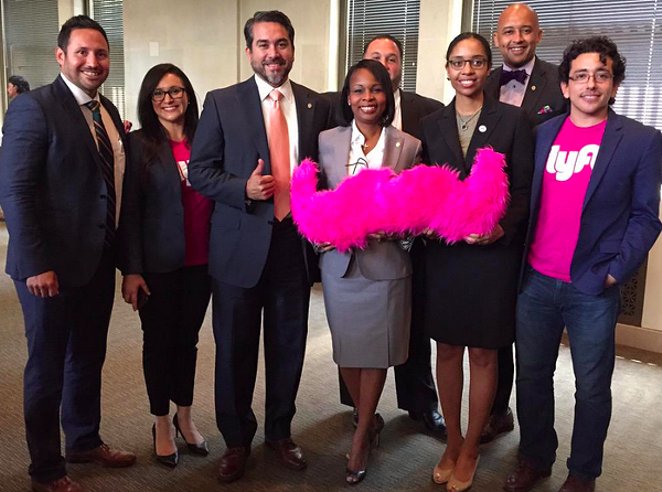 Courtesy
Update, 12:33 p.m.: Lyft got back to us and says it should launch before the end of the year. A spokeswoman said she should be able to provide a more definitive launch date after the Thanksgiving holiday.

Lyft should be returning to San Antonio soon.

While the company hasn't been responding to requests for comment on its return, one potential driver sent us a screenshot yesterday from Lyft announcing that driver orientation in San Antonio starts today.

We've reached out to the company — again — to inquire about when Alamo City operations officially start. The company's website says there is still no service in San Antonio.

Both Lyft and its competitor Uber pulled out of San Antonio earlier this year, complaining about strict regulations. That set off a flurry of behind-the-scenes activity at City Hall that resulted in another deal allowing the companies to operate under a 9-month pilot plan.

Uber is already operating under the pilot plan, and it isn't really clear if Lyft's 9-month pilot starts once it has driver's operating or from when City Council approved the pilot program.

Either way, it looks like Lyft is getting ready to launch in San Antonio.

Here's screenshot of that message from Lyft to a potential driver: 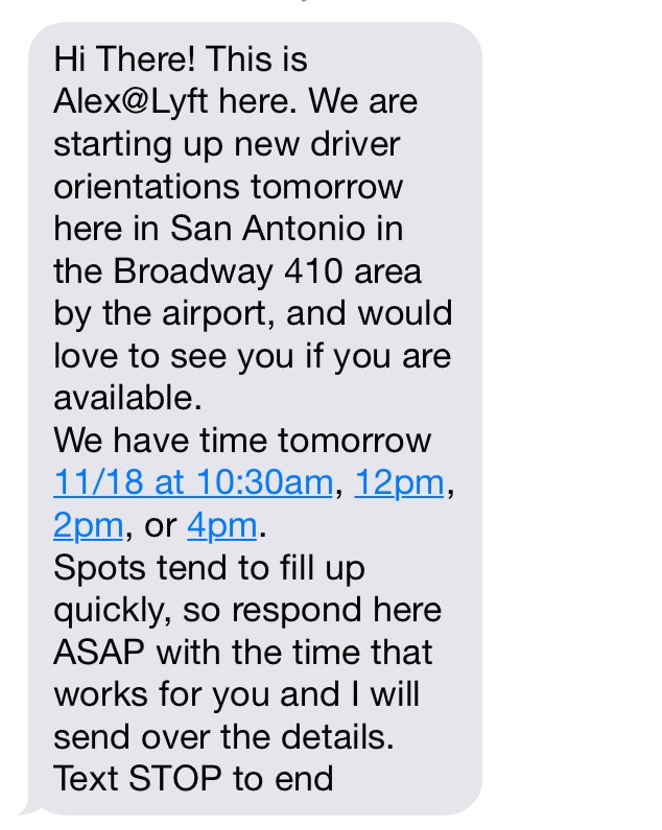