Lunchtime Links: 10 Corporations Control Almost Everything You Buy, MLB’s Big League Weekend Returning to San Antonio, There's an International Plan to Censor the Internet in the Works, A... 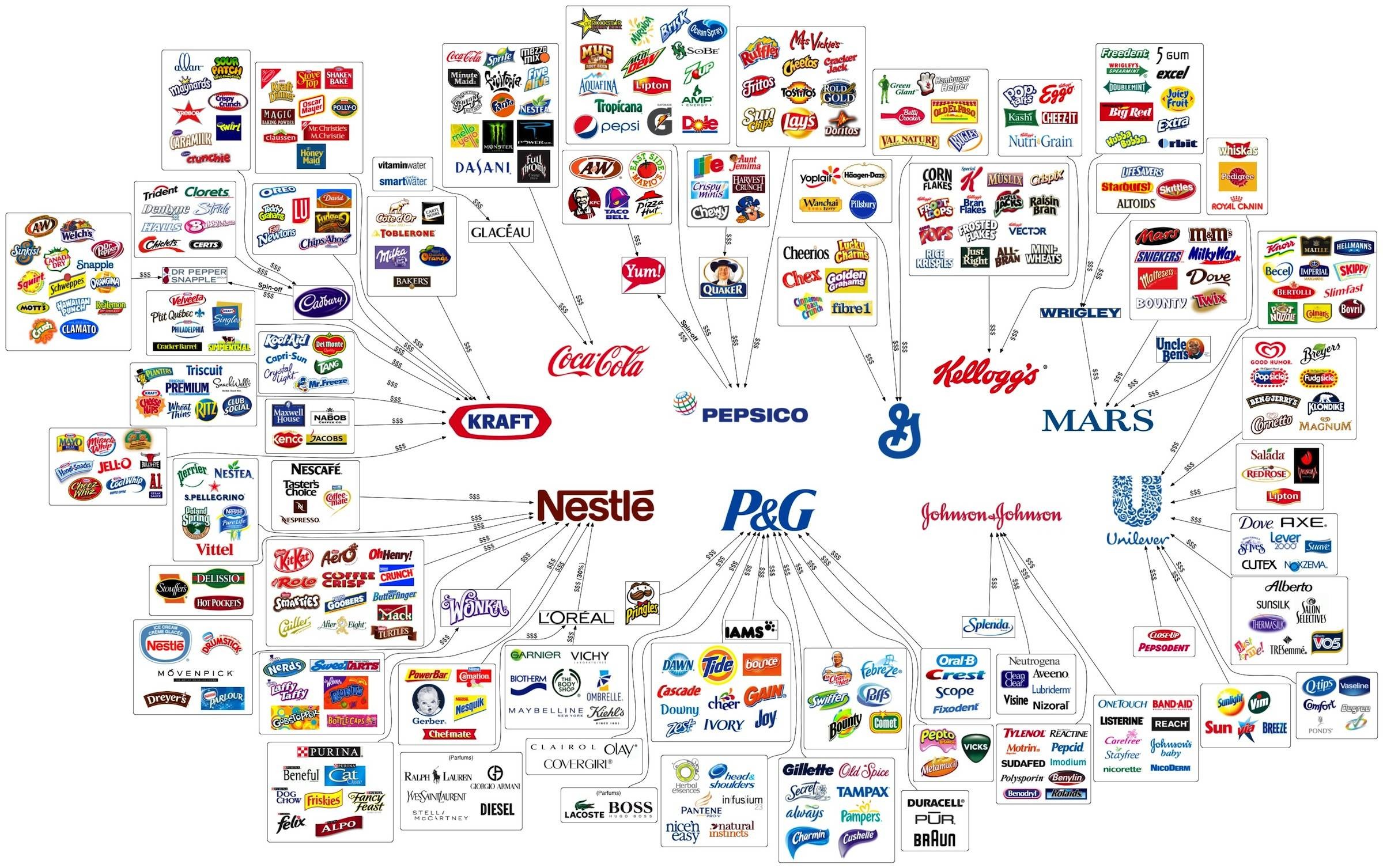 (Click to enlarge.) 1. 10 Corporations Control Almost Everything You Buy — This Chart Shows How "Ten mega corporations control the output of almost everything you buy; from household products to pet food to jeans. (PolicyMic) 2. Far-Off Planets Like the Earth Dot the Galaxy "The known odds of something — or someone — living far, far away from Earth improved beyond astronomers’ boldest dreams on Monday." (NYT) 3. San Antonio's Simple Appeal to Millennials: Diversity, Decent Jobs, and Cheap Living "I would describe San Antonio as a laid-back version of Austin, with more jobs," says Gus Cantu, 26, who moved from Austin to San Antonio after getting a job here as a software developer." (The Atlantic Cities) 4. For Mind And Body: Study Finds Mediterranean Diet Boosts Both "Oh, and a bit of good news for those who like a nice glass of vino to accompany the meal. The healthy eaters in the study consumed moderate amounts of alcohol." (NPR The Salt) 5. A floating island of Japanese tsunami debris is headed for America’s west coast "Just as that state once annexed itself to the US, this floating Texas-sized trash heap is about to join borders with the American West Coast." (Quartz) 6. There's an International Plan to Censor the Internet in the Works -- Let's Stop It in Its Tracks "Described by experts Lori Wallach and Ben Beachy of Public Citizen as“one of the most significant international commercial agreements since the creation of WTO”, the TPP is more than a trade agreement - it’s an underhanded attempt by old industry interests to censor the Internet." (Alternet) 7. Bill Moyers on why the Trans-Pacific Partnership free trade agreement is death for democracy "It’s not really hard to understand TPP though, once you see the pattern — TPP puts the ruling class (and the corporations they control) in charge of most aspects of our economic and regulatory life. It rewrites the laws of every nation that signs it, all to increase the wealth of our pathological betters. We just need more people saying that." (America Blog) 8. Major League Baseball’s Big League Weekend returning to San Antonio "The turnout for the inaugural series captured the attention of a number of heavy hitters, including Mayor Julian Castro, who told me afterward, “The strong attendance at Big League Weekend is an excellent barometer of the level of fan interest in San Antonio and its surrounding communities for Major League Baseball. The San Antonio market has matured and is growing every day. I believe the city is ready for more major league sports.” (SBJ) 9. What Happens When You Drink a Bottle of Wine and Listen to Celine Dion "Going with a $13 bottle of Côtes du Rhone was the first of many mistakes I made the night I opted to down an entire bottle of wine and listen to Celine Dion's Loved Me Back to Life, her new album out today. It was simple, really: I was morbidly curious about the record, Celine's first in six years, and how booze would affect my perception of the songs helmed by a woman who's made the over-emotional power ballad her calling card." (Esquire) 10. YouTube Challenge - I Told My Kids I Ate All Their Halloween Candy 2013 "Once again we asked parents to pull a massive prank on their kids and pretend they ate all of their Halloween candy. Here are the results of this year's Halloween Candy YouTube Challenge." (Jimmy Kimmel Live)