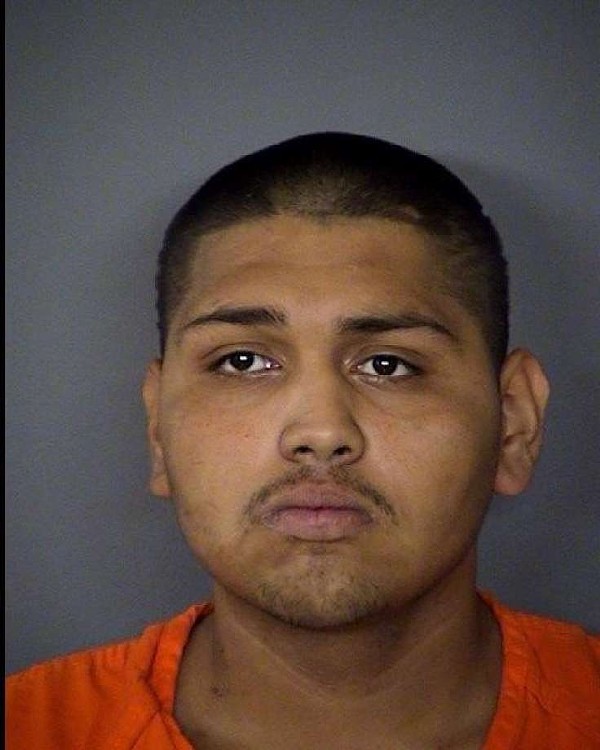 San Antonio Police Department
Police charged Manuel Watson with capital murder and two counts of aggravated assault.
The third suspect arrested in the shooting death of a 7-year-old girl accused the child's mother's and her boyfriend of firing the fatal shots.

Manuel Watson, 21, whose nickname is Blame, according to the San Antonio Express-News, proclaimed his innocence to reporters Thursday at police headquarters.

"I don’t got any involvement … It’s really crazy. I just want Iris’ mom and stepdad to come forward and say they were the ones shooting," Watson said, while being led to a police car.

He is charged with capital murder and two counts of aggravated assault.

Iris Rodriguez was shot in the head June 1 near Cuellar Park on the West Side after an altercation between men playing basketball became violent. According to the Express-News, witnesses told police a group of men who were arguing approached the child, her mother and her mother's boyfriend before someone opened fire.

SAPD spokesman Sgt. Jesse Salame told reporters police are searching for one more suspect. He did not name the suspect.

When asked about Watson's allegations that the child's mother and boyfriend were also shooting, Salame said there's a possibility that more people, in addition to the fourth suspect, could be charged.

"This is by far not a closed case," he said.

However, Salame admitted that investigators do not know who pulled the trigger, firing the bullet that killed Rodriguez.

"Right now, we’ve arrested three people. We’re not able to confirm which one is actually part of the shooting, which one was there," Salame said. "But we were able to charge them all under the law of parties based on the conduct that happened that day and based on the fact that a 7-year-old girl lost her life and two other people were shot."

The law of parties allows police in Texas to charge people involved in a crime with murder even if the death was caused by someone else in the group.