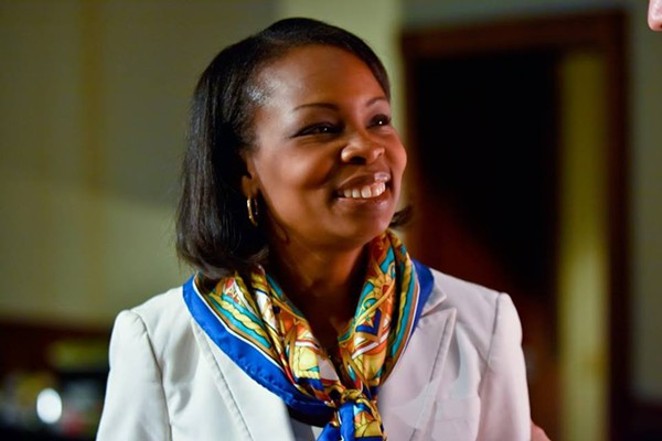 Courtesy
Mayor Ivy Taylor wasted no time after winning the June 13 runoff in pursuing a resolution to police union negotiations.
Mayor Ivy Taylor is attempting to give the San Antonio Police Officers Association a deadline to finalize a contract with the city.

In a Thursday afternoon press release, Taylor says she met with the union's president earlier in the day and sent a letter to him this afternoon saying to union needs the return to the bargaining table and finalize a contract by July 31.

“The City’s numbers and assumptions have been independently verified; we will not spend any more time debating them,” Taylor says in a press release.

In March, the city says its negotiating team offered a proposal to the union that included a 10.8 percent pay increase for all officers over the four-year contract, including a 2 percent lump sum payment in 2015.

The city also says the proposal covered 100 percent of healthcare premiums for all police officers, with police sharing premium costs for their dependents.

According to the press release, the union hasn't responded.

“The City’s proposal is both fair to the officers and affordable to taxpayers,” Taylor says. “We look forward to the union’s response at the next meeting. Let’s get back to the bargaining table.”

Taylor says there is no way for San Antonio to offer a pay increase this year without an agreement by July 31.