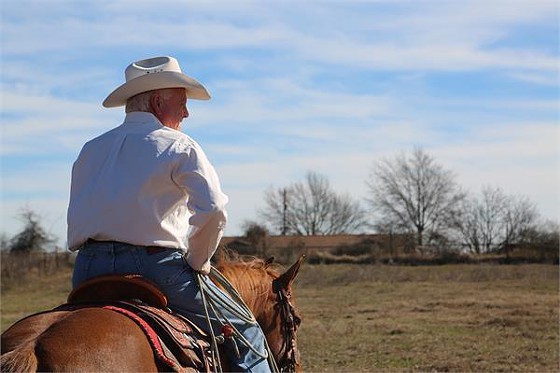 At the tail end of a largely forgettable, decade-long tenure in the Texas House, it was Miller who authored the state's 24-hour sonogram law forcing doctors to force women to listen to audio of the fetal heartbeat and a detailed description of the image, a medically-unnecessary law that, as one federal judge put it, “compels physicians to advance an ideological agenda with which they may not agree.” (As the Texas Observer notes, some of Miller's other major legislative accomplishments include creating special license plates for Bronze Star soldiers and legalizing the practice of hunting wild Texas hogs from helicopters.) While running for agriculture commissioner, historically a stepping stone for politicos like Rick Perry, Miller made Ted “Jailbait” Nugent his campaign treasurer and insisted on calling the Civil War the slavery-ignoring "War of Northern Aggression." As a statewide politician, he has openly joked about dropping a nuclear bomb on “the Muslim world,” compared Syrian refugees to a pit of venomous snakes, and called Hillary Clinton a “cunt” via Twitter.

It's the brand of politically-incorrect, fact-ignorant politics that Donald Trump, who's reportedly eyeing Miller for a cabinet position, surfed into the White House – which is probably why it's worth paying attention to "Team Miller," the name our state ag commissioner gives his ever growing Facebook following.

As with Trump and Twitter, Facebook seems to be a compulsion for Miller. He often posts dozens of times a day, and regularly engages with and responds to followers, critics, and critical stories via social media. He regularly spreads “fake news,” newspeak for blatantly false bullshit, like that a group of Muslims encircled Oklahoma police while shouting “praise Allah” after attending “a press conference on beheading,” to the non-existent terrorist training camp in suburban Houston and Lady Gaga’s promise to cover her face until Trump’s impeachment (he called that one “breaking news from the land of fruits and nuts”).

“Team Miller” fixates on the kind of inconsequential, flash-in-the-pan stories you might’ve never even heard of — like how some reality TV homebuilder couple from Waco got some pushback because they attend a megachurch whose pastor openly promotes the barbaric practice of gay conversion therapy. They make fun of the “snowflake generation,” mock “safe space liberals,” and vehemently agree with Trump when he says he wants to jail people who exercise their right to burn the American flag. They say young Democrats might as well leave the state, that Mexicans “hate whitey and you better not forget it,” and that the government should jail journalists who are, in their words, “spreading lies.” They lament and trash the lamestream media even as they share information via the New York Times and Washington Post. They consider Miller “an awesome child of God!!!” They call the middle-of-the-road Texas Tribune the “alt-left ambassador” of Texas media. And caps lock. Lots of caps lock.

It’s that curious kind of piety that will give you a “Bible verse of the day” and call Hillary Clinton a cunt, that weird breed of social conservative that agrees (for moral, not misogynistic reasons, of course) that women who have had abortions should be “punished” but also doesn’t mind electing a man to the White House who admittedly used his power and wealth to grab women “by the pussy.” The kind of person who lambasts the wait staff because he didn’t like his steak that much.

He’s the kind of guy who, when you write something critical about him, his response is I’ve got more friends than you. Early this month, after the Texas Tribune produced a not-at-all exhaustive list of “fake news” stories the ag commissioner spread to “Team Miller,” his reaction? “Perhaps what they really don’t like is that fact that I’ve got almost 350,000 Facebook followers while they have less than 75,000.”

Actually, Miller’s social media audience keeps on growing. As of this week, the members of “Team Miller" are north of 365,000.