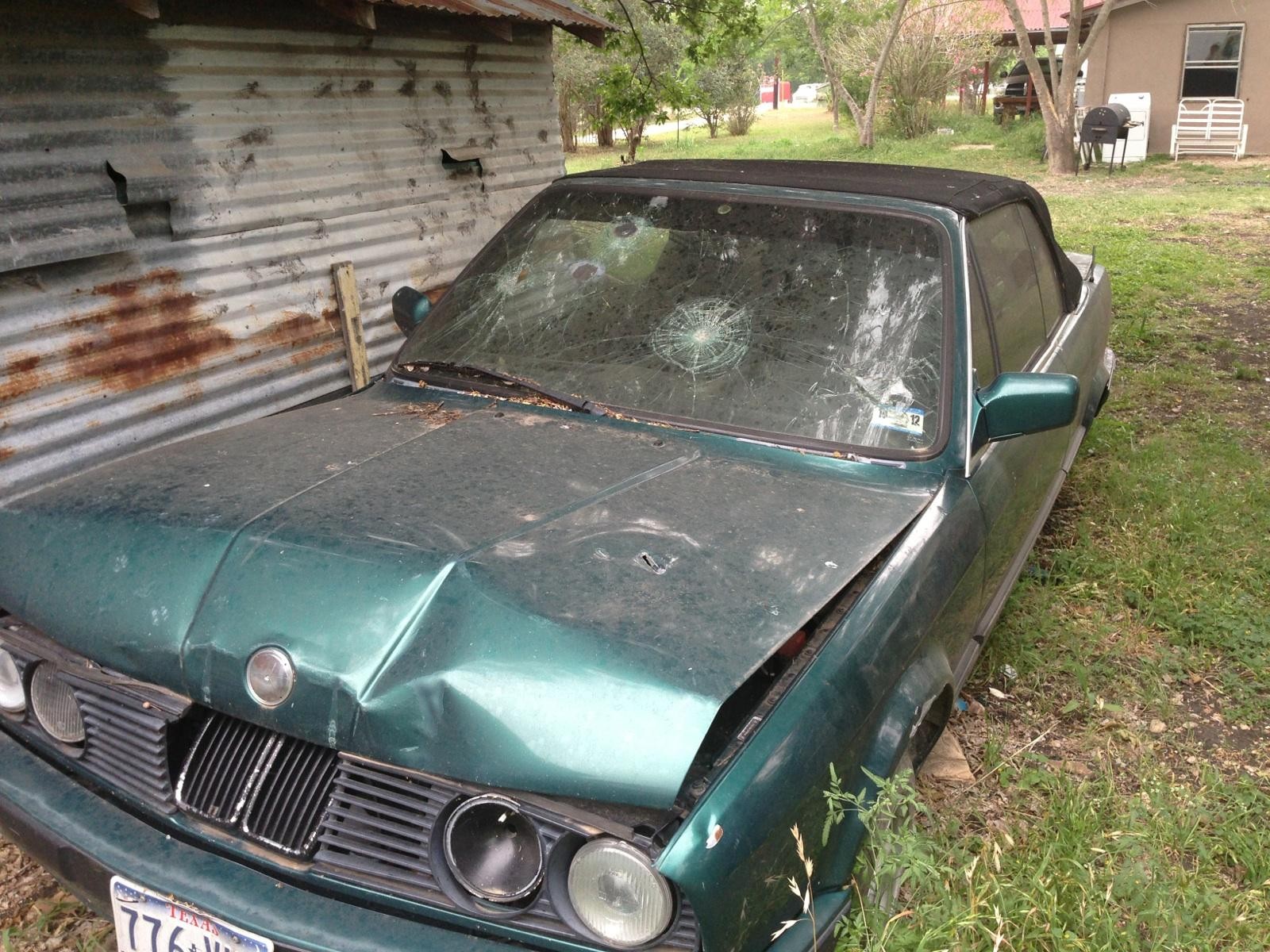 A mistake by law enforcement put Miguel Montanez inches away from death. Driving to his job at a metal shop in the early morning hours last July, a Hays County SWAT truck rammed the front of his BMW. Montanez dove to the floorboards when bullets began flying through his windshield. When Montanez emerged from the car, authorities realized they had the wrong guy, according to a federal lawsuit filed in San Antonio Tuesday. Montanez turned up clean for warrants and had no criminal history. And just like that, without explanation or apology, Hays County sheriff’s deputies and San Marcos police officers released Montanez, according to the lawsuit, which names the City of San Marcos, the Hays County Sheriff’s Office and several unnamed deputies as defendants. “It’s really crazy,” said Montanez’s Austin-based lawyer Adam Loewy. “My guy is a good guy. He was literally just driving to work.” Loewy contends officers were looking for Montanez’s brother, who had reportedly violated a protective order by threatening an ex. “It was still nothing on the level that would require a SWAT team to come out and perform a Schwarzenegger-like raid,” Loewy said. The lawsuit claims Montanez suffered a serious back injury during the incident, requiring surgery, and states, “The actions by the Defendants constitute Government at its absolute worst.” Hays County officials didn’t return calls for comment, while reps with the City of San Marcos declined to talk about the case when reached Tuesday. A heavily redacted report Loewy got from the Hays County Sheriff’s Office gives little explanation for the mix-up, or for officers’ actions that morning. The report states that the SWAT team was sent out to the area to find an unnamed suspect who had pending warrants. The report says authorities were looking for a suspect driving a blue 1993 BMW (Loewy contends they were really looking for a 2003 BMW), while Montanez drove a green 1992 BMW. The SWAT team and San Marcos police officers eventually set up a staging area near FM 1798 and Brook Meadow Lane in Guadalupe County, according to the report. “Due to the urgency or (sic) these arrest warrants and the hazards to neighbors and by standers tactics were employed in order to maximize safety to community and swift apprehension of suspect,” the report states. While gunfire is never mentioned in the report, photos provided by Loewy’s office show what appear to be several bullet holes in the windshield of Montanez’s BMW. The report blames the mix up on “poor lighting conditions.” “It’s the worst civil rights case I’ve seen,” Loewy told the Current Tuesday, “and I’ve handled a lot of them.”