More San Antonians resorting to drug trials, despite the risks they pose 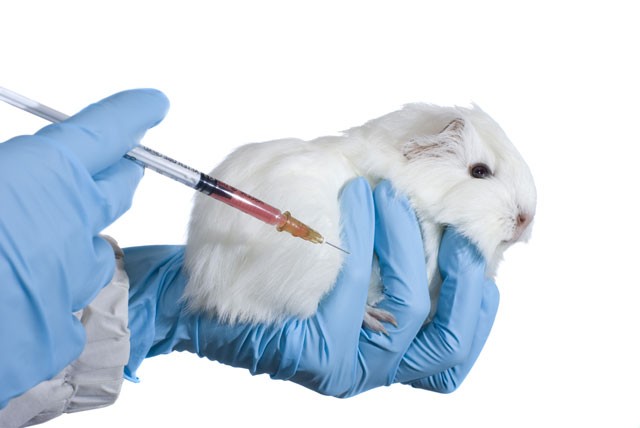 There’s a scene in Monty Python’s The Meaning of Life where a father informs his 50 kids he can no longer afford to feed them. “It’s medical experiments for the lot of you,” he announces to his brood. Yet in real life, the specter of growing numbers of people turning to clinical trials amidst economic hard times – despite potential side effects that could include death – is a grim reality.

At the peak of the economic downturn a couple of years ago, Southside resident Maria Leal, 41, turned to the option of subjecting herself to drug testing as a way to make ends meet. She said she was prompted over an inability to send her two children to a Junior Olympics event in Iowa. Although gainfully employed as a nurse, she and her husband, a lineman for CPS Energy, had particular trouble affording healthcare, she said.

“It was around Christmas time, and a friend of mine said they’re giving money out if you have dry eyes,” Leal recalled.  “I went and it was easy and it improved my vision. I had Christmas money after that.”

The dry eyes study netted her close to $900, she said. She continues to participate in medical trials for locally based Clinical Trials of Texas located in the Medical Center, most recently participating in bladder and ankle studies, the latter to which she also recruited her son, now a 19-year-old college student at Texas A&M University.

Leal reports no ill effects after having undergone such studies, instead viewing it as a free alternative to costly doctors’ visits. But others aren’t so lucky. Filed away in San Antonio’s 224th District Court is a lawsuit that speaks to the potential danger of the practice.

Naming CEDRA Clinical Research of San Antonio and IntegReview Ltd. of Austin as defendants, the lawsuit filed by Santos and Rosa Robles of Houston alleges their son, Michael Robles, began to experience side effects after being administered two drugs in a 2007 drug trial. Despite having been cleared as healthy enough to undergo the testing, the man began to experience “signs of physical distress” and other side effects. He was promptly dropped from the trial, according to the lawsuit, but continued to display post-testing ill effects that included seizures and “severe neurological episodes,” the suit alleges.

Among other allegations, Robles’ parents claim the drug testing company failed to provide medical care that may have saved him. Eventually, after having subjected himself to drug testing, Robles — who was living with his parents at the time to help care for them and assisting them financially — died in November 2007 at the age of 35.

“Thank you for your thorough explanation regarding your request,” she wrote in an email after a brief telephone conversation from her Austin office. “I have forwarded your request to our Chief Executive Officer, Mr. Anthony Busa, and Mr. Busa will respond after discussions with our legal counsel. We appreciate your willingness in hearing both sides of the story.”

Ultimately, the company failed to respond. So, too, did the Robles’ attorney. The case is currently in arbitration.

San Antonio has its share of such clinics, with some 30 such facilities conducting research year-round. In addition to Worldwide Clinical Trials, Clinical Trials of Texas and Cetero Research are among the most prominent.

Unsurprisingly, Rick Greenfield, chief operating officer at Clinical Trials of Texas, which offers mainly the less-risky trials that Leal enjoys, eschews the term “human guinea pig.” He also says the financial motive is the only reason people participate in the riskier Phase One trials: “I don’t know why you would put a relatively foreign substance in your body otherwise. If I was subjected to that, I’d want to be paid for it.”

Early-phase studies are conducted at competitor Cetero Research, formerly known as DGD Research before a buyout by an international research firm with four U.S. sites — including a presence in the city’s Medical Center — and a fifth in Canada. The clinic tests medications on humans for the first time after toxicology tests on animals are wrapped up, resulting in their higher compensation rates and risk. Sandra Aramburo, marketing and outreach manager at Cetero Research, cites the example of an ongoing Type 2 diabetes study requiring 34 consecutive overnight stays and two follow-up visits: “At the end of this month for that early-phase study, subjects will receive $7,025.”

Studies for latter phases of drug development pay a little less: “We have one late-phase study we’re recruiting for right now which is 102 weeks long, close to two years, with 15 outpatient visits which pays $75 per visit.”

While not everyone qualifies — the company recruits some 110 potential subjects to find 10 ideal subjects on many studies — Aramburo played up the advantages to participation. Particularly in an era of high unemployment, research studies yield an opportunity for some to gauge their health in the absence of health coverage, she said. “If you don’t have health insurance or a way of getting continuous care, that’s a perk,” she said. “But there’s also added benefits of glucose meters and strips and dietary counseling. With every visit, subjects receive these benefits and then get compensated for each visit.”

As it happens, both clinics have seen a surge in business with the onset of the economic recession. Greenfield confirmed Clinical Trials of Texas is seeing an increase in participation —averaging about 50 new subjects a month. Aramburo reported similar spikes in participation.

“We do notice our phones ringing more at our call center and more people walking through our doors to see if they qualify,” Aramburo said. But with the competitive nature of the industry — each clinic chasing after the same pharmaceutical funding fountain — an increasing number of potential subjects are turned away, she said. “The number of awards is fairly limited. We’re all trying to dip from the same pool.”

Heightened participation levels brought on by the economic slump is a national trend, with a 16 percent increase in clinical volunteers since the economic downturn, according to Alex O’Meara, author of Chasing Medical Miracles, a book that explores the world of clinical trials. CenterWatch, a Boston-based organization providing clinical trial resources to professionals and patients, confirms such increases.

According to Medill Reports, written and produced by graduate journalism students at Northwestern University, there are more than 40,000 clinical trials in communities across the country registered with the U.S. National Institutes of Health. Such trials are required as part of the Food and Drug Administration’s review process for new medications.

Greenfield urged those who might be interested in participating in such trials to vet the clinic carefully to ensure safety. Also, it’s important to know exactly what the testing entails before volunteering.
While Cetero seeks to expand its offerings, Clinical Trials of Texas has long offered a full range of studies – from pharmaceutical and medical device technical research to testing for new and yet-unapproved medicines and devices, said Greenfield. He didn’t sugarcoat the potential for side effects even while noting the remote possibility for such reactions. As a result, subjects are expected to sign consent forms in light of such possibilities.

“Honestly, most of our consent forms say the same thing: You could take this drug and die.”

But Leal said she doesn’t see herself as a human guinea pig, preferring to view her own participation as a way to circumvent high medical costs while helping the medical industry perfect drugs. “This is a great way to get care and find a cure for something that can’t be controlled now,” she said. “On top of compensation, they’re coming up with new ways of fixing diabetes, hypertension, and a lot of chronic diseases that are growing in San Antonio.”

But the more one talks to her, the more it becomes readily apparent it’s really about survival. With a $500 deductible and $20 co-pay per doctor’s visit — “that’s $80 if the whole family goes to see the doctor,” she notes — the cost of healthcare is somewhat prohibitive. And in the rough arithmetic that only a mother could spontaneously summon, she associates each medical procedure she’s undergone to household expenses the trials financed.

“The last study was for clothes for the children,” she said. “My son came back from school for summer break, and I had a little extra money for clothes. Another eye study over the course of four and a half months got us through the summer. People shouldn’t feel embarrassed. Everyone can use a little extra money.”