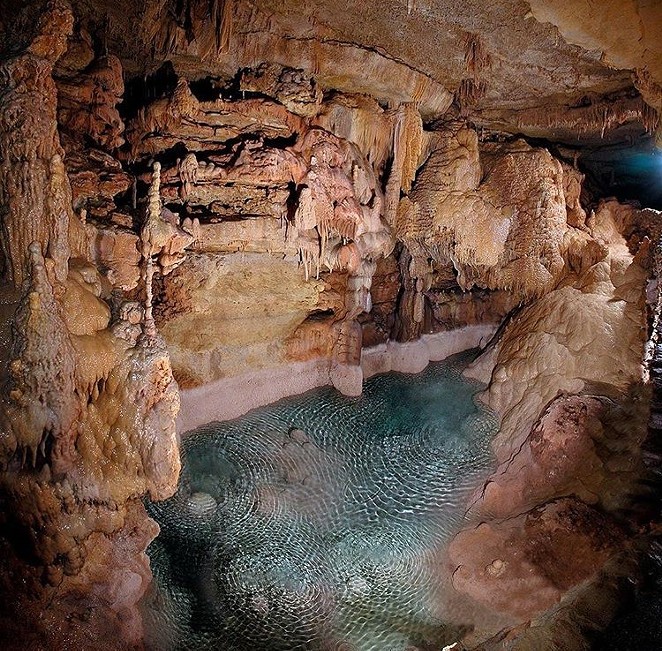 A new lighting system has been installed by experts from Cave Lighting, CL., who incorporated more than 1,200 fixtures that use less than 5,000 watts of power to illuminate the interior of the cave — that's down from a whopping 34,580 watts consumed by the original 319 fixtures installed by Jack Burch in 1963. The new system includes longer-lasting LED fixtures, programmable lighting and WiFi for both staff and visitors.

"The goal was to replace our old system with the very best state-of-the-art lighting and communications system that would be better for the cavern environment, safer, more energy-efficient, low maintenance, dynamic, programmable, and enhance our guest experience by providing superior illumination of our spectacular cavern system," Natural Bridge Caverns President and Co-owner Brad Wuest said in a statement. 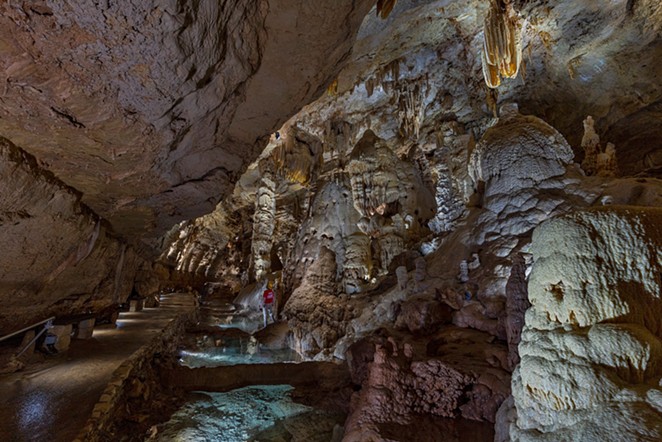 Twitter / NBCavernsTX
The programmable LED fixtures generate less heat in the cave than the old lighting system and can be turned on and off in different zones to reduce the amount of light cast on fragile features of the cavern environment. The new lighting also reveals never-before-seen aspects of the cave, creating a whole new experience for guests.

"There are other systems like this in place in show caves throughout the world, but our new lighting system is the first of its kind in North America. Having toured our caverns thousands of times, I am amazed how some speleothems that were never before visible, now look so beautiful and chambers and formations I already loved look even better than before," said Natural Bridge Caverns Vice President and Co-owner Travis Wuest.

Planning for the new lighting system began in 2014, and the physical installation began in October of 2019. Over the course of ten months, a crew of seven caving specialists and Natural Bridge Caverns team members installed more than 10.5 miles of electrical wiring and 3,000 feet of fiber optic cable.

Natural Bridge Caverns is currently open to the public at limited capacity due to COVID-19. Tickets for tours may be purchased online in advance.