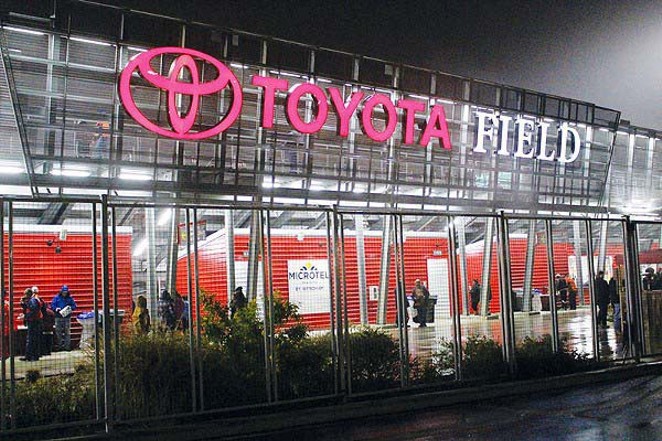 Flickr Creative Commons
Toyota Field will host 15 USL matches this season.
Details about San Antonio's new pro soccer team continue to flow at a trickle. We know who will coach the team, who its general manager is, and now, when and where it will play its games.

San Antonio’s United Soccer League team, owned by Spurs Sports and Entertainment, released its schedule for the 2016 season today. The 30-game slate is split evenly between home and away games. The team's season kicks off on Sunday, April 3 in Seattle against Seattle Sounders 2. Its first home game is on Saturday, April 9 against Swope Park Rangers, a team from Kansas City affiliated with the MLS club Sporting Kansas City.

Via @USLSanAntonio
The full schedule for San Antonio's USL team.
Season tickets are on sale here. Single game tickets will be available at a later date.