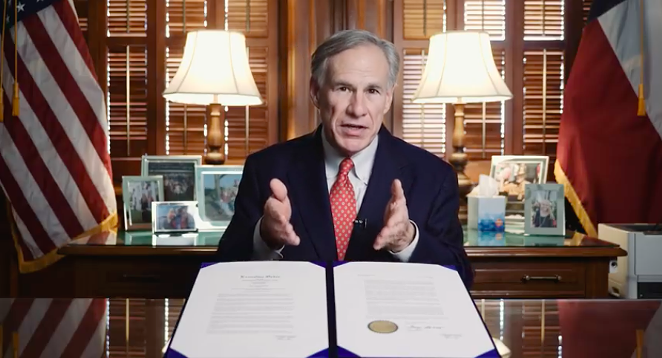 The Lone Star State is the 10th least aggressive state in making efforts to limit exposure to coronavirus, according to an analysis by the financial site WalletHub. Researchers compared all 50 states and the District of Columbia on 51 data sets ranging from testing rates to the percentage of people covered by health insurance.

And that's where the state is doing the worst job. Texas ranked 42nd in Prevention and Containment, which includes factors such as the number of tests a state has done, the strictness of its shelter-in-place orders and the number of its workers with access to paid sick leave.

Texas' comparatively slow testing progress has been documented in news reports. In tests per 100,000 residents, the Lone Star State ranks third from the bottom, according to an analysis by the independent COVID Tracking Project. Event though the state completed 55,764 tests last week, that's still just 192 per 100,000 residents. In contrast, New York State had tested 1,400 per 100,000 residents by then.

Abbott also lagged behind other governors in releasing a statewide stay-at-home order, arguing that he didn't want to step on municipalities' individual efforts. Once he finally declared one last week, he muddled its meaning by emphatically refusing to call it a "stay at home" order and watered it down by refusing to tell churches they couldn't meet.

Further, Texas has also resisted mandating paid sick time for workers. Business groups have tied up paid sick leave measures in San Antonio and Austin in court, claiming they violate state law. What's more, Republican Attorney General Ken Paxton has intervened in those suits, arguing that the ordinances should be pitched out.

Once again, Texas leads the way.