No, Thank You: SA Doesn't Want To Be The Next Ferguson 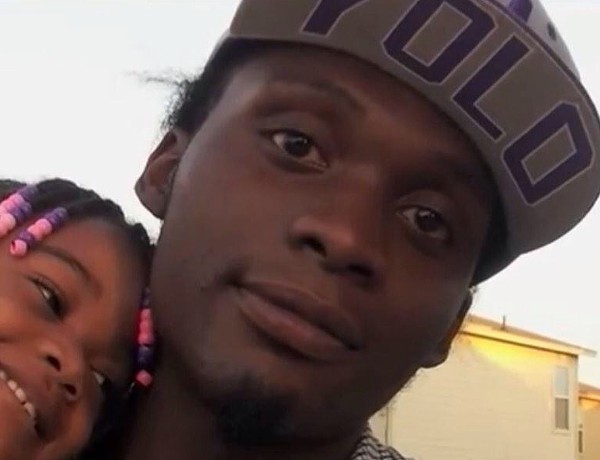 On a 50-degree February night in 2014, Marquise Jones was a passenger in a car at Chacho's and Chalucci's in Northeast San Antonio when the driver bumped into another car.

Minutes later, Robert Encina, an off-duty police officer working security at the restaurant, shot Jones in the back, killing him.

"His life was just taken away from him and I feel the police department disrespected my family when Marquise was killed," his aunt, Deborah Jones Bush, said in an interview with the San Antonio Current.

Though Jones, 23 at the time, had his troubles, his aunt said he was a normal guy — father of a two-year-old girl — who was going to join the military.

Since that shooting, the San Antonio Police Department has reported a dramatic uptick in instances where force is used, though most cases have not resulted in death.

A few years ago, the Jones case may have barely made a crime blip on local TV news, but since Michael Brown was killed by a cop in Augusts in Ferguson, Missouri, a nationwide conversation about excessive police force has blazed across the country — including San Antonio.

More than a year has passed since Jones was killed, but his family and supporters continue to hold rallies calling for an end to police brutality and for officer Encina to be prosecuted.

The SAPD said there's a reason behind the dramatic increase — a 2014 policy change pushing for more transparency.

"We take a hard look at our use of force and injuries that we cause, and at that time, 'takedowns' were not counted as part of use of force," SAPD Chief Anthony Treviño told the Current. "But we realized that as a result of officers taking people down, that it was causing injuries. So we thought it was important as an organization to capture that information."

In 2008, the Austin Police Department made a similar policy change, also leading to a significant increase in use-of-force reports.

"Out of those you had 60 use-of-force allegations made against our officers," Treviño said.

And of those complaints, most were dismissed — just 13 prompted disciplinary action such as suspensions and reprimands but no firings, according to internal affairs.

"I think that record kind of stands for itself," the chief said. "Our officers use force very judiciously and only when they have to."

Aside from civilian complaints, anytime officers use force, they are required to file a report with internal affairs. Force includes a wide range of actions, from verbal commands to firing a gun.

Edward Piña, a San Antonio civil rights attorney who used to work for the ACLU, said the increase in SAPD use-of-force reports is actually a positive step because he's long suspected the department of underreporting actual cases.

After Rodney King was beaten by the Los Angeles Police Department in 1991, police brutality — particularly targeting African-Americans at the hands of white officers — skyrocketed to the national consciousness but then eventually faded away.

But the Michael Brown shooting in Ferguson, along with the choking death of Eric Garner in New York City a month earlier, catapulted the issue back to the level of national controversy.

In the ensuing months, a bevy of videos of police shootings emerged — and continue surfacing, to the extent that there seems to be a growing expectation of it becoming a daily occurrence.