The landlord said a spirit told her she was "lookin' good" while she took a shower in the rental property. 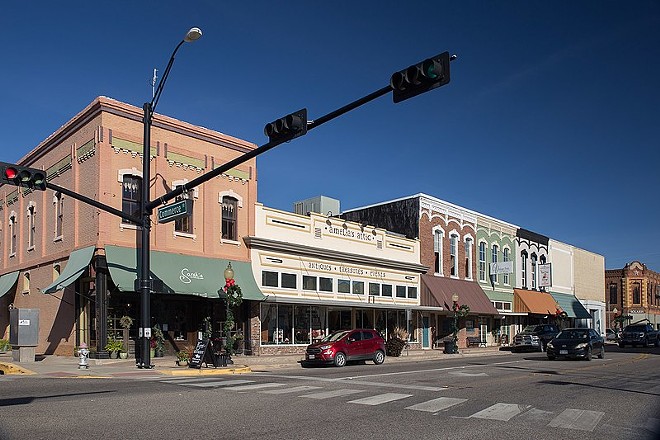 Wikimedia Commons / Renelibrary
The purportedly haunted rental property is located in the quaint North Texas town of Gainesville.
A Texas landlord maintains that she's unable to keep tenants because her rental house, a former brothel built in the 1840s, is being haunted by hyper-sexual ghosts, Dallas TV station WFAA reports.

Linda Hill bought the home in the North Texas suburb of Gainesville as an investment property. Although other homes she rents out in the neighborhood offer steady supplemental income, that one never stayed rented for long, she told the station.

Skeptical at first, the landlord became a believer when one of the ghosts whispered, "Lookin' good," while she was taking a shower at the property. Or so she claims.

People have also told Hill they have heard randy haunts saying things like, "Oh baby, oh baby, yeah," and, "Yeah, I like it like that." Again, or so she claims.

Hill also told WFAA that purported psychics revealed that spirits are present at the home. They could be emanating from a 19-foot well under the living room that some speculate is portal to the spirit world. Because, why not?

Whatever the case, Hill has still figured how to turn a buck with the property, according to the report. She's given up on trying to lease it out to long-term residents, instead marketing it to ghostbusters and fans of the supernatural.