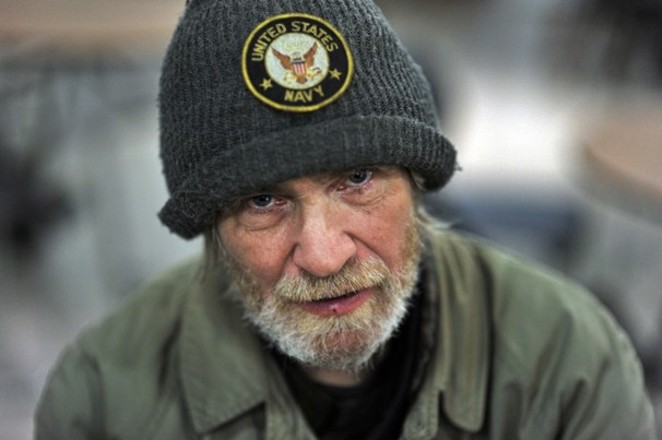 U.S. Navy
About 284 homeless veterans live in San Antonio, according to a January 2015 count.

That figure isn’t as lofty as it once was. But for San Antonio civic leaders, it’s still too high. Their goal is as close to zero as possible.

On Tuesday, a panel of local and federal homelessness experts convened to assess San Antonio’s progress and direct future action in the Mayor’s Challenge to End Veteran Homelessness — a federal program that includes over 225 cities.

The program's goal is to reach “functional zero.” That doesn’t mean there are no homeless vets, but that the city has enough resources to help those who ask for it.

“It’s the ability to serve everyone who wants to be served,” said District 8 Councilman Ron Nirenberg told the San Antonio Current.

Nirenberg, who heads the City Council Quality of Life Committee, led the panel. Before the discussion, he said he wanted to emphasize that reaching the goal would take coordination from both public and private entities.

Four other major cities have already reached functional zero for homeless veterans: Phoenix, New Orleans, Salt Lake City, and Houston, which announced on Monday that it had reached the goal, making it the largest city to do so.

One of the players in Phoenix’s success, Brad Bridwell of the veterans’ housing group Cloudbreak Communities of Arizona, said at Tuesday’s panel that San Antonio is on track to reach functional zero.

One of the key tools Phoenix used was a map that showed “every name, every face, every location, and their level of need” for each homeless veteran in the city, according to Bridwell.

That’s an approach that homeless advocates in the Alamo City are taking as well, said Travis Pearson, CEO of South Alamo Regional Alliance for the Homeless.

Pearson’s group works with a host of other private and public advocates, holding weekly meetings to discuss individual veterans and coordinate efforts across the city. When the meetings started in February, Pearson and others found that groups were duplicating services for some veterans, while allowing others to slip through the cracks entirely.

“We’re not going to leave until we figure out how we’re going to help Joe,” Pearson said, describing the approach of each meeting.

Pearson pointed to “navigators” as crucial to housing homeless veterans. Navigators are veterans who provide support and guidance to homeless vets, helping them cut through bureaucratic red tape and get the help they need.

Bridwell credited navigators as a vital to Phoenix’s success.

Nirenberg said that there wasn’t a timeline to meet functional zero. And while the problem isn’t worse in SA than many other cities, he noted that vets in Military City U.S.A. should expect a certain level of assistance.

“It’s not more of an issue in San Antonio, but it’s a significant issue in that we take pride in how we treat our veterans,” Nirenberg said.