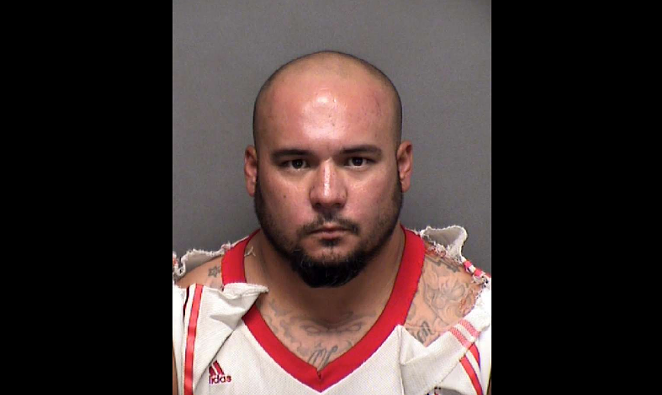 Bexar County Jail
A man police say is responsible for seriously injuring three people in a T-bone crash on the city's South Side has been taken into custody.

The Nissan driver, a 26-year-old woman, and a 6-year-old boy inside the vehicle suffered serious injuries. A 4-year-old girl also reportedly suffered life-threatening injuries as a result.

Authorities suspect Perez, 36, of driving under the influence, and police said he smelled of booze. According to a MySA.com report, he attempted to flee the scene following the collision. Two deputies from Zavala County were able to detain Perez, however. KENS 5 shared video of his arrest, in which he can be heard screaming.

Perez has since been charged with intoxication assault causing serious bodily injury, coma or trauma. He is being held on a $105,000 bail.