Police Union President Says He Couldn’t Change Contract Even if He Wanted To (Also: He Doesn’t Want To) 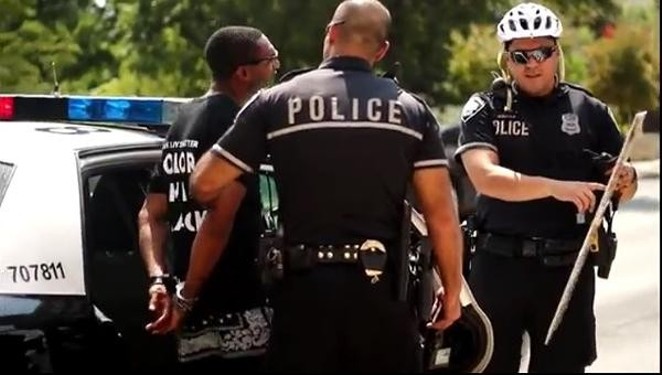 At issue is the deal SAPOA and Mayor Ivy Taylor’s office negotiated this past summer to put an end to years of litigation over an evergreen clause in the union’s previous contract, which the city in court had argued was unconstitutional. Only recently, however, has police reform come to dominate discussions around the deal. As the Express-News first reported, Saldaña explained in an email to Taylor’s office last month why he wouldn’t vote on a negotiated contract that contained disciplinary procedures he called unacceptable. “The financial implications of the contract are important,” he wrote, “but they should not be paramount to reform efforts.”

Saldaña’s opposition to the agreement is rooted in disciplinary procedures outlined in Article 28 of the contract, which is set to go before council for approval next week. Under those rules, department officials and arbitrators hearing a case of officer misconduct won’t always get to consider an officer’s full disciplinary history when deciding what punishment to give. As it currently stands, if Chief William McManus wants to discipline an officer, he can’t cite as justification any drug- or alcohol-related violations more than 10 years old; infractions involving “intentional violence” only follow a cop for five years; any other disciplinary action only shows up for two years. If an officer is suspended for three days or less, the department, per the contract, automatically lowers the suspension to a “written reprimand” after a couple of years. Local activists calling for police reform say the policy amounts to government-sanctioned falsification of records.

Naturally, San Antonio police union president Mike Helle disagrees with that characterization. In a phone interview with the Current late Tuesday, after the union sent out a press release excoriating Saldaña and painting him as a painfully ill-informed political opportunist, Helle compared the south side councilman to “a spoiled child” who’s thrown a tantrum without understanding all the facts.

Here are the “facts” according to the union’s press release yesterday:

As Saldaña put it when we reached him by phone Tuesday evening, nobody’s saying Chief McManus can’t see everything in an officer’s file. The problem, Saldaña says, is that if the chief wants to dole out serious discipline or even fire an officer, he might be contractually barred from using certain past instances of misconduct as justification in the disciplinary process. If the officer appeals the punishment to an arbitrator, the arbitrator can’t consider those instances of prior discipline, either. “It puts unnecessary blinders on the process,” Saldaña told us. The union’s “facts,” he argued, “prove to me they cannot defend the indefensible—there’s no good reason not to change that language."

As Express-News columnist Brian Chasnoff wrote last week, Saldaña has seized on the case of one former SAPD officer convicted of raping a teenager on duty to highlight the disciplinary policy’s troubling implications. More than two years before Jackie Neal pleaded no contest to “improper sexual activity with a person in custody,” he was reprimanded for having sex with an 18-year-old high school student he was tasked with supervising in the department’s youth police explorer program. For that, he received a three-day suspension—which, if you follow the department’s disciplinary policies, would have been changed to a written reprimand by the time he was accused of pulling someone identified only as Jane Doe in court records over on the south side, handcuffing her and raping her in the back of his police SUV.

Neal received a 14 month state jail sentence and had to surrender his peace officer certification, so it’s hard to know exactly what his case says about the department’s disciplinary procedures—due to the criminal charges, he never made it to a disciplinary hearing or arbitration. But Neal’s case does beg the question: if, for whatever reason, prosecutors couldn’t have charged him with rape, what would have happened to him? Would officials taking any disciplinary action against him have been required to ignore the fact that he’d previously been reprimanded for having sex with a high school student he was supposed to be supervising?

We asked SAPOA president Helle, and all he’d say was that Chasnoff’s column basically amounts to dog shit (“What does your dog do outside? That’s what that column was worth”). He insisted the disciplinary policy that Saldaña’s now bucking against is supposed to prevent what he calls “disparity in punishment.” The idea, he says, is that good, longtime officers might have a few reprimands for rudeness or some other minor complaint simply because they’ve been on the force for so long. It wouldn’t be fair for the department to look at those infractions and more harshly punish the career cop than it would, say, a rookie who committed the same misconduct but doesn’t have a disciplinary history with the department because he hasn’t been there that long.

Or, as Helle put it: “You can’t have different spanks for different ranks. This keeps it so everybody’s on the same playing field.”

Ultimately, Helle says that even if he wanted to change the disciplinary language in the contract (which, to be clear, he does not want to do), doing so would pretty much blow up contract negotiations between the city and union and probably force them back into court. The negotiations that led to the current agreement “were not routine bargaining...the contract was derivative of court-ordered mediation.” What Saldaña and others are asking for is “out the window,” Helle insisted. “The city chose to forego normal contract negotiations when they sued us. They chose a path that prevents us from doing the things they want us to do now.”

Helle flatly disputed that the union ever told Taylor’s office it wouldn’t consider disciplinary reforms unless there was more money on the table, as City Manager Sheryl Sculley told the Express-News editorial board last week. Helle’s version of events: “Here’s what I told the mayor: You can forget about all the traditional things in bargaining because you have put this fight all the way up to the Fourth Court of Appeals, and you have made it so toxic that you’ve virtually made it impossible for me to get anything done and make any changes in this contract.” Helle said the only things on the table were salary, benefits and the contract’s evergreen clause, all of which were tweaked in negotiations.

“I did what I was supposed to do, and that was get a contract and end this lawsuit,” Helle told us. “If Saldaña doesn’t like that, vote no, and risk throwing us back into that mess. See where that gets us.”