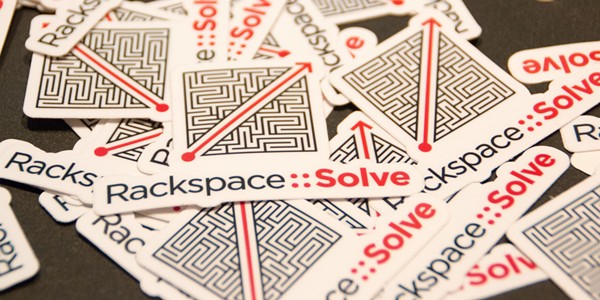 facebook.com/rackspace
After a bunch of anonymously-attributed reports heralded Rackpace’s impending sale just before the weekend, all eyes were on the company’s second-quarter earnings call with investors and analysts Monday.

The results: not bad, and potentially sign one of San Antonio’s first tech pioneers is staring to successfully shift its business model after rising competition from giants like Amazon and Microsoft in recent years threatened to edge it out of the cloud computing game.

Rackspace CEO Taylor Rhodes told investors on the call Monday that the company beat analysts’ expectations as second-quarter profits surged some 27 percent. Just hours before the conference call, the company announced that it had sold its web-hosting business Cloud Sites to a Michigan-based company named Liquid Web for an undisclosed amount. That follows the company’s January sale of its web backup service Jungle Disk.

It seems Rackspace has been shedding dead weight—or, as the company puts it, “non-core” businesses with stagnant growth—as it struggles to shift its business model away from data-center hosting toward that of a cloud services company. The first big sign of that came last year when Rackspace announced it would partner with Amazon, which had been considered one of its biggest competitors, to help the tech giant manage and support its growing list of cloud customers. Forbes dubbed the new strategy “coopetition.” During the last quarterly earnings call, company officials touted the growth in Amazon and Microsoft customers signing up for Rackspace's cloud management service as proof the company had a viable long-term plan.

Rhodes reiterated that at Monday's conference call, saying "What we face an enormous opportunity to lead here." He told investors: “Some of you may have wondered at times whether Rackspace matters in a post AWS (Amazon Web Services) world. Our answer is that not only do we matter, we face a bigger opportunity than we have at any moment in our 17-year history.”

Rhodes, however, wouldn’t address reports that the company could soon be sold to private equity firm Apollo Global Management LLC, a deal that analysts have now valued between $3.5 and $4 billion. “It’s been our policy not to comment or speculation or rumors, so I don’t have anything else to say on the media speculation,” Rhodes said.