Report: Income Inequality in Bexar County "Resembles That of China and the Dominican Republic." 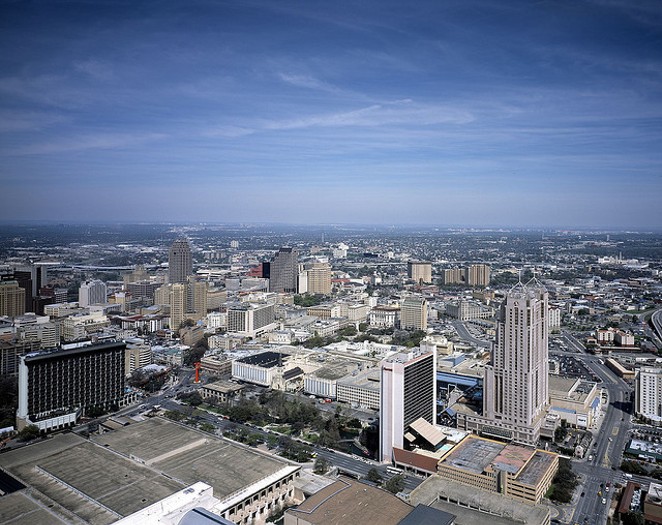 Public Domain
A report released by the Bexar County Health Collaborative paints a bleak picture of how San Antonio's poor face more health problems simply because of where they live.

And life's not getting any easier in the city's poor neighborhoods as poverty and low education attainment remain stubbornly stagnant. "Some, like income inequality and segregation, are getting worse, and Bexar County's income inequality now resembles that of China and the Dominican Republican," the 2016 county health assessment states.

The report, which is released every three years, is an exhaustive look at Bexar County's demographics in relation to health problems here, like obesity, poor air quality, diabetes, hunger and unhealthy eating. The assessment also lays out what San Antonio should expect, health-wise, as the city braces for rapid population growth over the next few decades. And the challenges are many, but they are all related to economic inequality in the city that largely impacts Hispanics, who make up nearly 60 percent of San Antonio's population, and African Americans.

It's no great secret that the west, east and south sides of town face more poverty than their northern counterparts. "When comparing neighborhoods, though, the disparity is especially dramatic, with clear differences in self-reported health status. And the difference in life expectancy between prosperous and poor neighborhoods is a staggering 20 years," the report states.

The Bexar County Health Collaborative identified simple policy changes that need to happen to improve healthy living in these areas, like providing tax abatements for stores that actually stock healthy food instead of junk. Still, there are more complex, long-term issues these communities face, according to the report. For instance, at the top of the list is mental health and substance abuse followed by physical inactivity and unhealthy eating and hunger. As the report puts it, there are no easy fixes to these compounding problems.

Other longterm challenges include improving senior well-being and quality of life. Seniors are a rapidly growing population in San Antonio. Health officials also need to continue down a path of reducing unplanned pregnancies and curbing child abuse and family and street violence.

It's no mystery how many of these problems came to be, the report says. "Four key root causes interact with each other in a vicious cycle, within and across generations, and contribute to high-risk environments, unhealthy behaviors, and injury, illness, and death. The list of all root causes could be much longer, but these four are core for Bexar County," the assessment states. Those include poverty, income inequality and segregation. Then there's education, including low levels of literacy and a poor understanding of healthy living. And then there's crime, which includes barriers to employment and exposure to violence. Lastly, there's the victimization of children through abuse and poverty.

All of these work against creating an environment where people are empowered to live healthier lives in Bexar County and according to the report, hardly any money is spent trying to fix those problems. "The U.S. spends proportionally less on social root causes than other nations with better population health outcomes," according to the assessment.

However, as Bexar County Health Collaborative board members Robert L. Ferrer and Stephen K. Blanchard put it, having the data contained in the report is a positive start toward addressing these persistent problems because knowledge is power. "We hope that the data collected here help point the way to policy and community action to create conditions in which all Bexar County residents have real opportunities to flourish," they wrote.