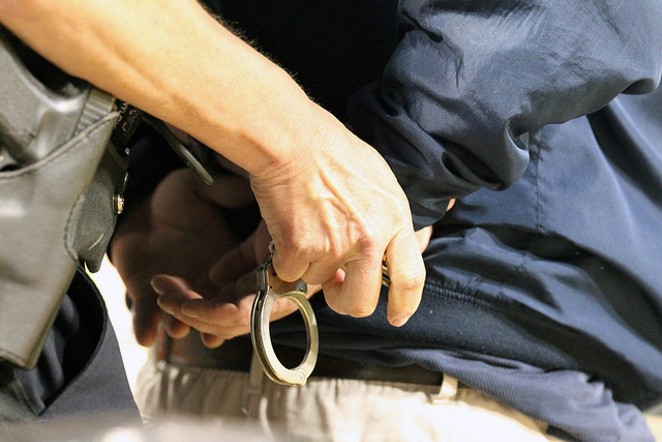 Keith Allison via Flickr creative commons
On a national level, crime is at historic lows in this country. Sure, the annual stats released by the FBI Monday might seem alarming at first glance – a 4 percent increase in violent crime from 2014 to 2015. But last year, violent crime was still 17 percent below what it was in 2006.

Why is San Antonio bucking the national trend? The answer, depending on who you ask, ranges from we don't know to it's complicated.

San Antonio Police Chief William McManus, reacting to the latest FBI stats, told the Express-News yesterday that "there are no fact-based reasons why this is happening." SAPD crime stats show homicides have generally fluctuated over the past five years. Meanwhile, reported rapes, robberies, and aggravated assaults are all higher than they were five years ago. (SAPD didn't respond to our request to interview a department official about the most recent numbers.)

At least some of the increase in violent crimes reported in San Antonio can probably be blamed on population growth, says Durant Frantzen, a criminologist at Texas A&M San Antonio who studies crime and policing in the city. Bexar County's population grew by about 10 percent between 2010 and 2015. Officials predict that within the next 25 years, the county will gain more than 1 million people. Also: when the feds essentially expanded the definition of rape to include other forms of sexual assault a few years ago, that metric spiked. In 2011, there were 492 rapes reported in San Antonio, a number that grew to 1,049 by 2015. Chloe Power, director of community relations for San Antonio's Rape Crisis Center, says the group hasn't seen an increase in the amount of assault cases it responds to (usually, Power says, between 80 and 100 cases of sexual assault each month).

Still, Frantzen called San Antonio's year-over-year jump in violent crime – a near 12 percent increase between 2014 and 2015 – "a pretty big spike" that begs some obvious questions, like whether increased gang violence, particularly on the city's east side, had anything to do with it. Frantzen also wondered whether certain "social characteristics" – like being the most economically segregated city in the country – has anything to do with San Antonio's lingering high rate of violent crime.

That echoes a theory put forward by the Brennan Center for Justice in a new report that concludes, among other things, that cities with "long-term socioeconomic problems (high poverty, unemployment, and racial segregation) are more prone to short-term spikes in crime." Reported homicides in San Antonio jumped from 72 in 2013 to 103 in 2014; they fell to 94 reported murders last year. Ames Grawert, one of the authors of the Brennan Center report, told the Atlantic this week that cities with alarming spikes in their murder rates "were cities that had less healthy institutions, higher-than-average poverty and a higher-than-average unemployment going back 10 years or so."

Or as Frantzen put it, "distressed neighborhoods, high poverty areas and things like that, that all can have an impact on crime." Still, Franzten cautioned that violent crime levels in San Antonio and across the country are now at such low levels compared to, say, the 1990s (when San Antonio was the drive-by shooting capital of the state) that any minor fluctuation can make the overall stats look more dramatic than they really are.

Still, Franzten says, researchers and law enforcement should try to understand what's behind any year-over-year increase. While he's not convinced the city will continue to see rising violent crime rates into the future, Frantzen says it's critical that researchers and law enforcement try to understand what's behind the year-to-year spikes – hopefully so that they stop happening.