The protest will kick off at 2 p.m. Sunday at the Federal Courthouse. 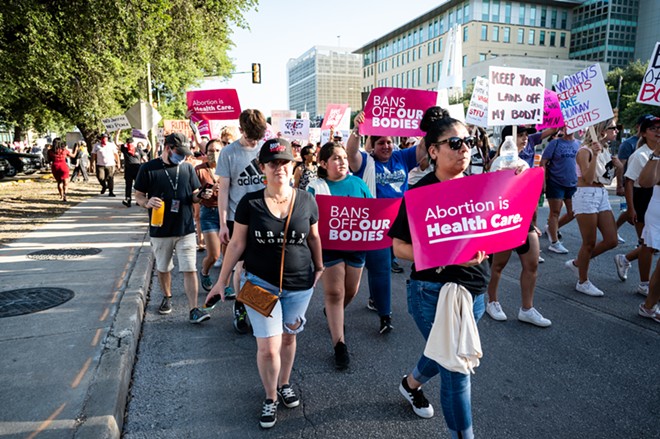 Organizers including Planned Parenthood South Texas, the Party for Socialism and Liberation and Mujeres Marcharon are staging a pro-choice rally at the Federal Courthouse,  214 W. Nueva, at 2 p.m. Sunday. The gathering commemorates the 50th anniversary of Roe v. Wade, which for decades codified national access to abortion.

Abortion was outlawed in Texas almost immediately after the Supreme Court's 5-4 ruling to overturn Roe v. Wade last June. However, it remains legal in other states.

Organizers are demanding the abolition of the U.S. Senate's filibuster rule and are calling on the Texas Legislature to stop using public funds to subsidize operations that masquerade as pregnancy centers yet urge women not to seek abortions. Rally coordinators also are advocating for abortion services on federal lands and facilities and for the repeal of the Hyde Amendment, which restricts Medicaid coverage of abortions.