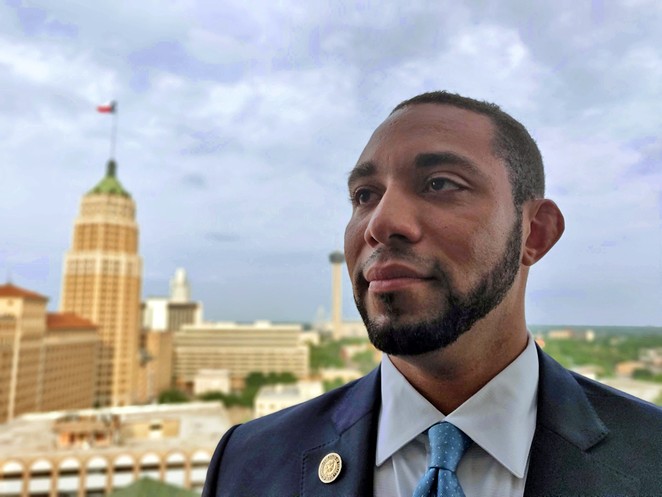 On Tuesday night, Universal City's council unanimously turned down a rezoning request from New Covenant Family Church to turn a shuttered school building into a shelter for up to 60 boys, the Express-News reports.

The decision follows a vote late last year by the San Antonio City Council to bar the Arizona-based firm from locating another migrant youth shelter at an East Side community center owned by the Second Baptist Church.

The Detroit-based law firm of Dalton and Tomich subsequently sued the city on behalf of Second Baptist, arguing that that the church's plan was constitutionally protected under its religious freedom.

But the San Antonio area isn't alone in pushing back at VisionQuest since the company won $25 million in federal grants to house unaccompanied minors in government custody.

Some of the blowback stems from anger about the Trump administration's draconian immigration policies. But officials in communities including Los Angeles and Philadelphia have also expressed concern over the 46-year-old company's track record with detention facilities.

Last summer, Los Angeles' city council adopted a motion declaring that private detention centers such as one proposed by VisionQuest "are not welcome in the City of Los Angeles," adding that officials "must ensure that none will ever be built or operated within its borders.”

Earlier this month, a Pennsylvania judge stopped the company from opening a shelter for migrant youths in North Philadelphia at the city's behest. Philadelphia terminated a contract with VisionQuest in 2017 after state inspectors raised concerns about the treatment of children in its custody.

Citing state inspection records, the Philadelphia Inquirer reported that staff members directed physical violence against children at its facilities. The sites were also dirty and employed workers who lacked adequate training, according to records.

“Jesus never said let the little children come to me and I will bash their heads through a wall,” Bexar County Commissioner Tommy Calvert, one of VisionQuest's most vocal local critics, told the Express-News after the Universal City vote.