San Antonio Could Gain 1.1 Million New Residents, But Making the Right Preparations Depends on How City Officials Interpret the Numbers Shutterstock
As San Antonio continues its unprecedented growth trajectory, city officials and developers have thrown around a staggering projection — that Bexar County stands to gain 1.1 million new residents by 2040.

It’s an impressive figure; one derived from U.S. Census data. And it’s intended, no doubt, to jar residents from complacency as Mayor Ron Nirenberg’s appointed committees work up potential solutions for housing, traffic, jobs and other expansion-related issues.

After all, what could be more disruptive than 1.1 million newly arrived millennials, looking for tech jobs, demanding downtown housing and further jamming up our morning commutes?

But here’s the problem: That’s not what the data actually suggests.

Roughly half of the residents San Antonio adds annually are people born here — and demographers expect that to hold true through 2040.

In contrast to those tech job-coveting millennials, a large percentage of the locally born residents will come from low-income families. That, experts point out, creates a different set of challenges than incentivizing downtown condos and locating new sources of last-mile transportation.

For example, the Alamo Area Metropolitan Planning Organization, the group which generated the 1.1 million-new-residents estimate, also projected the city would need to add some 520,000 housing units by 2040 to accommodate that growth.

“It’s not out of the question that Bexar County could add 1.1 million new residents in that time period,” said Lila Valencia, senior demographer at the Texas Demographic Center. “But the assumptions about needing that amount of new households seems like a stretch, especially knowing how many of those people are born here.”

Valencia points out that most of the residents born between now and 2040 wouldn’t be old enough to look for their own housing.

While cities should plan for growth, Valencia said it also behooves leaders to remember that the numbers — especially for relocations — are a moving target. National and regional economic trends can drastically slow the influx of new residents.

“Those data can shift at any moment, especially when you’re talking about migration,” she said. “The further out you go with your projections, the less likely they are to be reliable.”


Putting Down the Pencils

To be fair, city officials — including Nirenberg — acknowledge that a large swath of the new growth will be babies born to San Antonio parents. It’s not as if they’re trying to sweep that detail under the rug.

Still, critics charge, the 1.1. million figure is often dropped without mentioning where half the growth is coming from. That leaves the implication that most or all is coming from outside.

But Nirenberg maintains S.A.’s growth preparations factor in gains from both inside and outside. As an example, he cited his Housing Policy Task Force, which last year laid out a path to increase the housing supply for low- and middle-income residents while acknowledging the city’s long history of socioeconomic segregation.

“At some point, we’ve got to put down the pencils and pick up the shovels,” Nirenberg said. “The cost of doing nothing to meet these challenges is No. 1 unacceptable, and No. 2 insurmountable. If we do nothing, we’ll find ourselves more economically segregated and struggling even harder with all the metrics we’re trying to turn around.”

Still, neighborhood activists worry that the city has repeatedly shown itself to be more interested in cheerleading downtown development than tackling the difficult task of ensuring more affordable housing.

Council voted 8-2 last month to renew the Center City Housing Incentive Policy (CCHIP), which offers fee waivers and tax rebates as incentives for developers building in the urban core. The program spurred development of more than 6,500 downtown housing units, but many are unaffordable to average San Antonians.

At that meeting, Councilman Rey Saldaña — one of two on council to vote against reinstating CCHIP — expressed concern that residents who work in tourism-related jobs downtown couldn’t afford the apartments and condos within blocks of their jobs.

Cynthia Spielman of the Beacon Hill Neighborhood Association said city officials understand that half of the near-term growth is coming from inside, but many conveniently forget that fact when it’s time to advocate for developers.

To adequately prepare for the births of more than half a million new kids, she added, the city should be putting the same amount of attention on making sure it has adequate schools and educational infrastructure as it is on downtown living units.

“There’s not a consistent thoughtfulness about that [1.1 million-new-residents] statistic,” Spielman said. “[City leaders] are aware that a lot of the growth is people being born here, but they’re not consistent about acknowledging it when they enact policy.”

The 1.1 million number comes with plenty to unpack, but University of Texas at San Antonio Professor Heywood Sanders said he expects city officials to continue bandying it about.

“It has an appealing ring,” said Sanders, who studies public policy. “It has a way of taking relatively bloodless figures and turning them into a compelling case for doing something. But it’s worth asking just what growth and transportation problems we’re actually trying to solve.”

The projected increase also isn’t out of line with what’s expected in other big cities around the Lone Star State, Sanders points out. According to the U.S. Census, Texas had the largest population growth of any state over the past year, gaining around 380,000 people.

Using 2015 as a base year, Bexar County’s population is expected to grow by 53.4 percent by 2040, according to Sanders’ review of Census data. Applying the same model, Travis County (Austin) would experience a 53.2 percent increase over that time, while Harris County (Houston) would increase by 52.2 percent.

“We’re right in line with the general population growth,” he said. “Simply put, this isn’t that big of a deal. Because Harris County is so much bigger to start with, they stand to add 2.36 million people over that same time period.” 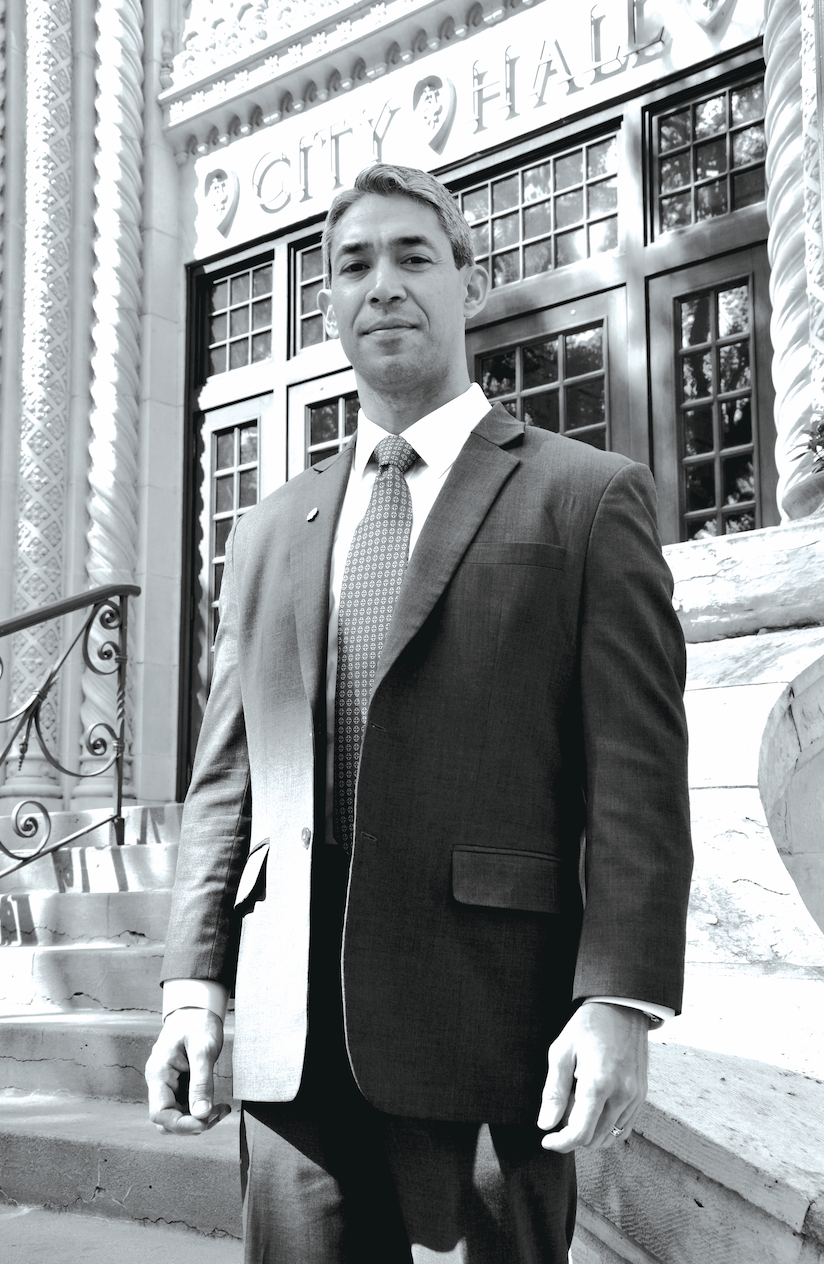 He adds that current city leadership is aware of the problems facing low-income residents — both present and future. Part of the solution, he argues, is more mixed-income housing and denser neighborhoods with a mix of single-family and apartment living.

“The challenge for us is ensuring that folks on a limited income or a fixed income can afford to live in San Antonio,” he said. “If we don’t solve for generational poverty, San Antonio will forever have an anchor around our necks.”

Boeing, for example, recently said it plans to add 1,000 new jobs at its facility at the Port San Antonio in the city’s southwest quadrant. Any of those workers that move into downtown apartments or condos will still be commuting and clogging highways.

The renewed CCHIP includes incentives for housing developments near employment centers, but those come late in the game to offset the city’s years of flowing tax abatements and other perks to employers that elected to locate in far-flung locations.

“Does a new apartment complex on Broadway near The Pearl really change the employment prospects of downtown?” Sanders asks rhetorically. “That’s seriously open to question. It’s important to talk about the future of the city and where we’re going, but we should be talking about it in a realistic and sensible way.”