The majority of council voted to amend language calling for Perry's resignation, but Mayor Ron Nirenberg remained steadfast that the councilman should resign. 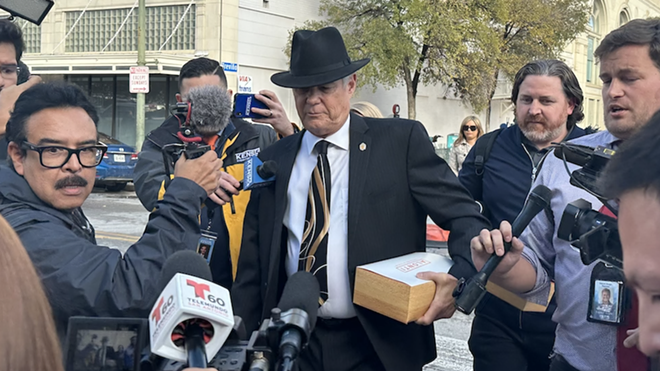 As of last Friday, the San Antonio Police Department also said it planned to bring driving while intoxicated charges against the councilman.

Even so, the majority of council members at Monday's emergency meeting stopped short of demanding Perry resign, which had been the original intent when the gathering was called.

During the meeting, Perry apologized for his actions.

"I'm genuinely sorry not only to the occupants of the other vehicle but to my district neighbors, my staff, the city staff, my family, friends and to the community as a whole," Perry said. "I know there could've been easily a much worse outcome, and I'm really grateful to God that no one else was injured."

As a result, council redacted language posted late last week in the meeting agenda that labeled Perry as unapologetic about the accident. Members also voted to strike a clause calling for his removal.

District 8 Councilman Manny Pelaez told his colleagues that Perry needs help and that the city should show compassion by reversing its plan to call for his removal. Instead, Perry will take an extended leave of absence, and council will temporarily fill his seat.

All but one member, Mayor Ron Nirenberg, voted to amend the original resolution released Friday not to ask for Perry's removal. District 2 Councilman Jalen McKee-Rodriguez abstained.

After Monday's meeting, Nirenberg told reporters he stood by his statement last week that Perry should resign.

Since Perry doesn't plan to step down, District 4 Councilwoman Adriana Rocha Garcia motioned to add an amendment that would allow him to take an extended leave of absence. According to council rules, when a member takes such a leave, their seat can be filled temporarily.

City Attorney Andy Segovia told reporters the city clerk will post an application to fill the District 10 vacancy as soon as today. Council will subsequently decide which applicant fills in for Perry, but the councilman himself will have no vote in the process.

Although most of council accepted Perry's apology, at least one speaker at the meeting, District 3 resident James Hamilton, was outraged by the call for compassion.

"I think he deserves to be treated just like everyone else," Hamilton said. "If I happened to drive down the street and the police found me in a drunken stupor, they're going to take me to jail. I would never see the same privilege that Mr. Perry has."

After the meeting, Perry declined to answer reporters' questions about how long his sabbatical will last or whether he plans to enroll in rehab.