A blowup by Bravo ahead of a city budget vote reportedly left council colleague Ana Sandoval, his former romantic parter, in tears. 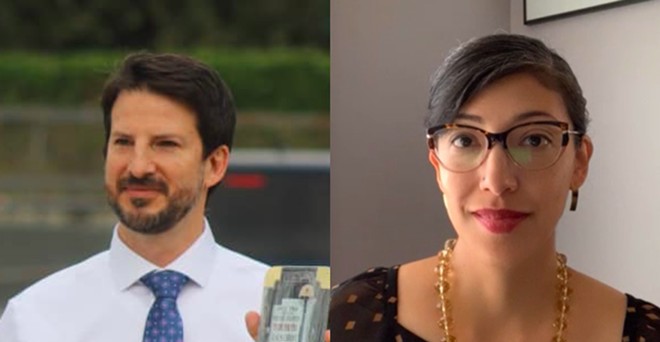 The source familiar with the plan declined to reveal details about the disciplinary action and noted that it could be pushed back.

The blowup by Bravo, who represents downtown's District 1, took place ahead of the Thursday, Sept. 15 meeting at which council approved the new city budget, according to the Express-News, which first reported the story.

Bravo confronted Sandoval, his former romantic partner, about her unwillingness to back a plan he supported to devote $42.5 million of an unexpected CPS Energy surplus to climate readiness instead of using entire $75 million windfall on customer rebates, according to the daily.

Sandoval — who represents District 7 — abstained from the vote on the CPS funds, spelling the failure for the proposal Bravo backed. As a result, the surplus went to fund credits for CPS customers, a plan supported by Nirenberg.

During the pre-meeting exchange, Bravo accused Sandoval of selling out to the mayor, leaving the councilwoman in tears, according to the Express-News. After one of her staffers asked Bravo not to make the matter a personal, the councilman reportedly shouted back, “She put the knives in my back!”

During the meeting itself, Bravo drew a verbal reprimand from City Attorney Andy Segovia for repeatedly bringing up Sandoval during discussion, the Express-News also reports.

“Councilman, the point of decorum I’m trying to make is that your comments should be directed at the policy, at the staffer, but not to other council members," Segovia said, according to the paper. "That’s a rule that this council has adopted."

In a tweet late Thursday, Bravo apologized for his actions, saying he'd failed to show respect to his council colleague.

"All members of council deserve to be treated with respect at all times," he said. "In this instance I fell short of that. I regret it and I wholeheartedly apologize to Councilwoman Sandoval, the rest of my council colleagues, and the residents of District 1."