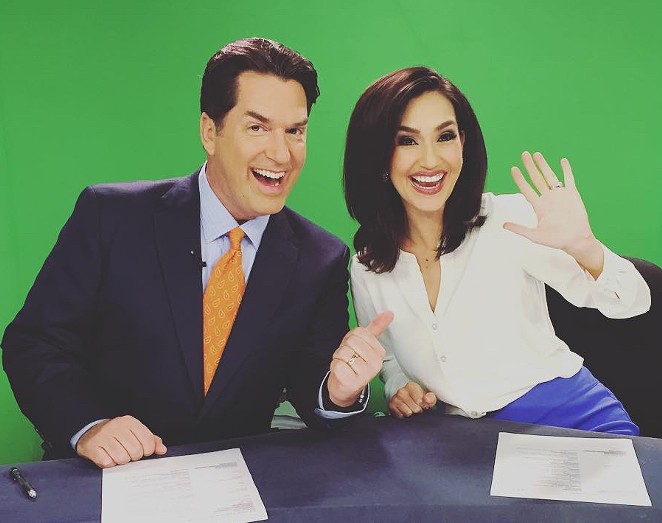 The San Antonio Association of Hispanic Journalists said it's "troubled" by the firing of KSAT 12 news anchor Isis Romero weeks after she co-led a study showing that Latinx people are underrepresented on local anchor desks.

SAAHJ's diversity audit of San Antonio's four general-market stations found that Latinx journalists represented a quarter of anchors even though the group accounts for 65% of the city's overall population. Prior to Romero's firing, just 21% of KSAT's anchors were Latinx, according to the analysis, which was released in May.

"We are deeply concerned about the decision by KSAT not to renew Isis Romero’s contract. She has been part of our association family for years," SAAHJ President Laura Garcia said in a written statement posted on the group's website. "The lack of representation of Latinos and Hispanic journalists in news in San Antonio is beyond disappointing. Her departure means one less Latina at the anchor desk."

KSAT officials didn't respond to a request for comment on SAAHJ's statement. However, they did send an email to the Current Tuesday confirming the long-running anchor's departure and trumpeting the station's commitment to diversity.

"KSAT 12 has always strived for a workplace reflective of our vibrant and diverse community both in front of and behind the camera," Vice President and General Manager Phil Lane said. "This is a cornerstone of our culture and will continue to be so."

SAAHJ's Garcia didn't respond to an interview request. However, her statement said KSAT management contacted the group to discuss diversity efforts after the release of the audit.

"SAAHJ appreciated the outreach, though it appears the meeting has not resulted in the improvement of on-air diversity," the organization added.

Romero announced Tuesday via Facebook that KSAT had declined to renew her contract and that she hadn't appeared on air since July 12. She worked at the ABC affiliate for 11 years, making her one of the longest-tenured Latina news anchors on San Antonio's English-language TV stations.

Her unexpected departure drew a scolding tweet from U.S. Rep. Joaquin Castro, D-San Antonio, who's used his position to advocate for diversity in media and entertainment. The congressman said Romero's firing "sure looks retaliatory."

"She was part of the #1 anchor team in San Antonio," Castro added. "I’m not sure how else you’re supposed to demonstrate your value and talent to a
tv station."

The firing of @RomeroIsis sure looks retaliatory by @ksat station management.

She was part of the #1 anchor team in San Antonio. I’m not sure how else you’re supposed to demonstrate your value and talent to a
tv station. @grahammediagrp https://t.co/kcqWKyQ2jL