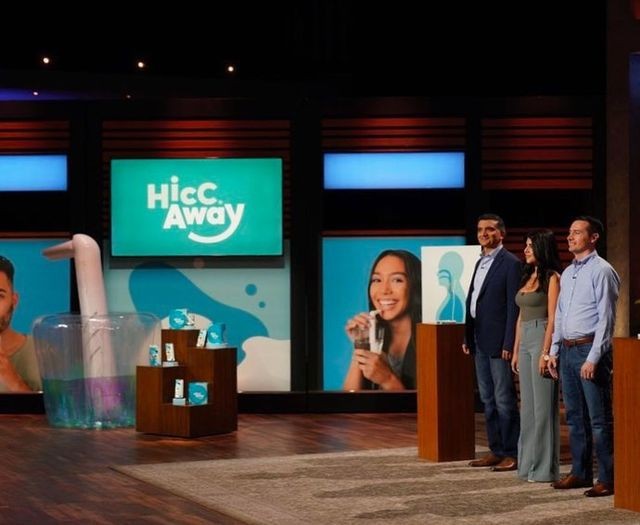 A San Antonio doctor's device for curing hiccups got a major boost from billionaire Marc Cuban on Friday's episode of the ABC-TV program Shark Tank.

Dr. Ali Seifi and his business partners demonstrated their HiccAway gadget on the show, which allows inventors to pitch ideas to a panel of deep-pocketed investors. While several "sharks" bit, it was Cuban's offer of $250,000 for a 20% stake in the company that Seifi and his crew accepted.

"I love it," said Cuban, owner of the Dallas Mavericks. "Anything that solves a medical problem that really bothers people in one way or the other and has the science to back it up is a good thing."

The patented device is a wide straw that requires a significant amount of pressure to use. That sucking occupies the attention of nerves in the body that trigger hiccups, "resetting" them to stop the spasms. The device was the subject of a study in the peer-reviewed journal JAMA.

HiccAway is currently available in H-E-B stores, Amazon.com and the company's website for $14. During the show, Seifi's marketing director referred to H-E-B as "a big-box retailer in Texas."

Cuban predicted his involvement would break the product into far more retail outlets.

"This is going to become part of everyone's medicine cabinet, guaranteed," he said.