The case could set precedent in Texas for same sex couples who were together prior to the Supreme Court legalizing gay marriage. 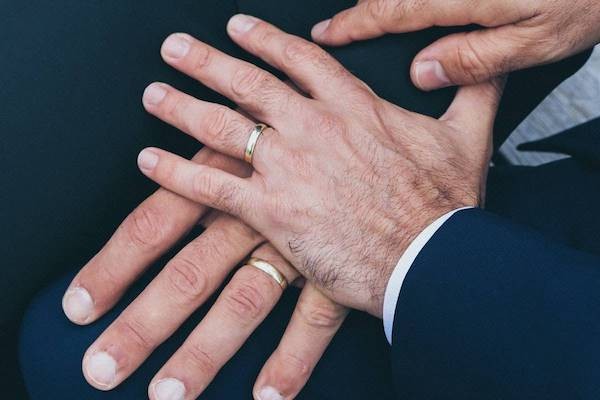 Unsplash / Nick Karvounis
If the divorce is granted, it would mark the first time Texas has approved a common-law divorce for a same sex couple who were together prior to the U.S. Supreme Court's 2015 ruling allowing gay marriage.

A gay San Antonio man has filed for a divorce in which he seeks to prove a common law marriage existed with his former partner of 25 years when federal law prohibited same sex marriage. The law has since then been ruled unconstitutional by Obergefell vs. Hodges in 2015.

If successful in his divorce petition, Christopher Hoffman would be eligible for alimony and other benefits from his former partner Moises Ortiz. It would also mark the first time in Texas that a common law, or informal, divorce would be granted to a same sex couple who were together prior to Obergefell.

The Texas Family Code provides two methods for establishing a common law marriage. The first is to “file a declaration of informal marriage with the county clerk. Tex. Fam. Code 2.40l(a)(l).” The second is by showing that “I) the parties ‘agreed to be married’; 2) that the parties lived together as spouses; and 3) that they ‘represented to others that they were married.’ Tex. Fam. Code 2.401 (a)(2).”  Additionally, the partner seeking to establish the existence of a common law marriage “bears the burden of demonstrating the three elements by a preponderance of the evidence.”

According to court documents, Hoffman and Ortiz lived together for 25 years beginning in 1994. Hoffman filed for common law divorce July 19, 2019, citing adultery and mistreatment among other reasons. In responding to Hoffman’s assertion, Ortiz denies that a common law marriage existed, saying that he and Hoffman had only been roommates.

On July 30, 2019, Judge Mary Lou Alvarez of the 45th District Court of Bexar County found that Ortiz’s claim that he and Hoffman “were simply roommates that acted as partners to be incredulous testimony.” The judge went on to issue a temporary order requiring Ortiz to pay Hoffman $1,200 monthly for interim spousal support until a final jury trial’s verdict.

On January 22, 2021, Ortiz’s attorney filed a motion for a Declaratory Judgment which would have made a final, legally binding declaration that Hoffman’s petition was not valid.

Ortiz contended that there was no precedent in Texas state law to show that Obergefell applies retroactively to same sex couples. Hoffman’s attorney countered that there had been two incidents (Ford v. Freemen 2020 and Hinojosa v. LaFredo 2012) of courts in Texas recognizing “a pre-Obergefell same sex common law marriage. However no Texas appellate court has issued any binding authority on the issue.”

Details Hoffman offered the court to show he and Ortiz were indeed in a common law marriage include:

The trial is scheduled to begin on Monday, March 21 with Judge Aaron Haas of the 285th Civil District Court presiding.