San Antonio named as one of the best cities for thrifting, beating out Austin

Three Texas cities made the top 10 list, which ranked New York as the nation's No. 1 thrifting spot. 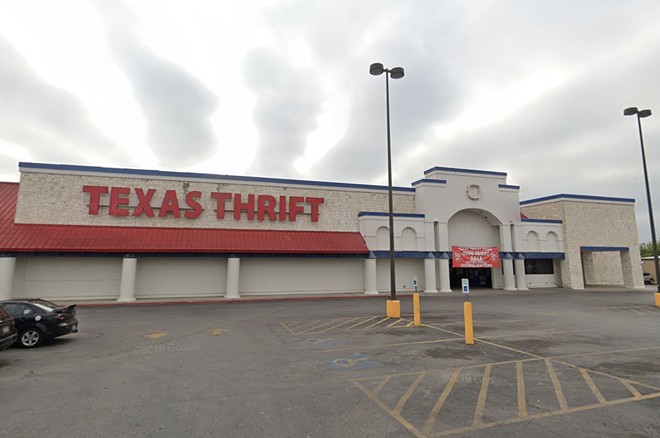 Photo via Google Maps
With multiple locations, Texas Thrift is one of the many Alamo City spots offering second-hand bargains.
Attention bargain shoppers: you're in the right place.

San Antonio is one of the nation's best cities to scour for vintage treasures at second-hand stores, according to a recent study from online lawn-service provider Lawn Love.

The Alamo City placed fifth on the list, which ranks cities based on their number of thrift shops, flea markets and consignment shops. Researchers also looked at Google search interest in thrift-related keywords over the past year, which fed into the rankings.

San Antonio's No. 5 finish put it ahead of thrift-happy Austin, which landed in eighth place. Even so, with three Texas cities making it into the top 10, one could argue that Lone Star State is a gold mine for thrifters.

Earlier this year, a Goodwill store in Austin grabbed national headlines after a woman paid $35 for what turned out to be a 2,000-year-old Roman bust. That find is now on display at the San Antonio Museum of Art.

Perhaps as an indication of just how thrift-store hungry San Antonio is, Goodwill recently announced plans to open a 25,000-square-foot retail spot in the Live Oak area.