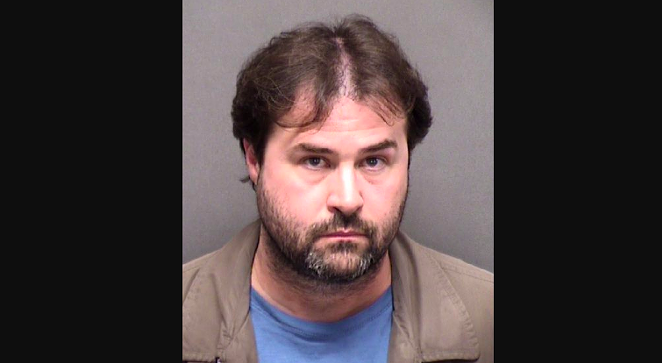 Bexar County Sheriff's Office
A city employee was arrested Tuesday after authorities said he threatened to carry out a mass shooting.

Jimmy Tucker is in police custody after authorities said he made a threat to shoot up his place of work. Tucker, who works as a 911 call taker in the communications sector of the San Antonio Police Department, reportedly made the threat while discussing recent mass shootings with a coworker.

"One day it will happen here and I will be the one to do it," said Tucker, 45, according to an SAPD spokeswoman.

Tucker's comments come after 15 years of working for the department.

Some living San Antonio in the '80s may wonder whether Tucker is related to Farrell Tucker, a police patrolman accused of killing fellow officer Stephen Smith in 1986. Smith himself was accused of multiple murders and considered a suspect in various crimes. Farrell Tucker, who claimed self-defense, was found not guilty.

No relation between the two Tuckers has been confirmed at this time, but that may not stop locals from speculating.

Jimmy Tucker has since been charged with making a terroristic threat.