The number of Texas earthquakes — many of which originate in Permian Basin — doubled between 2020 and 2021. 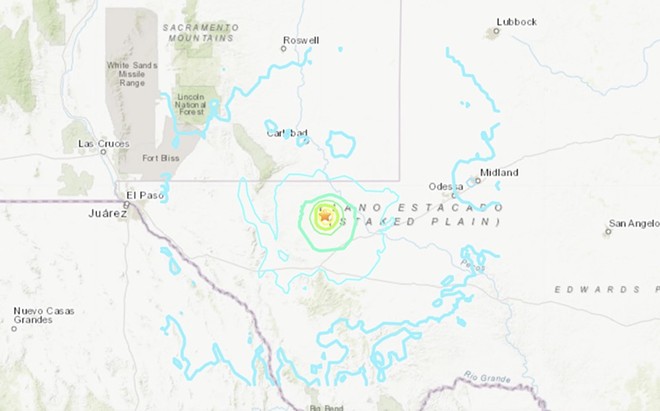 The earthquake originated in West Texas near the line between Reeves and Culverson counties at 3:32 p.m., according to USGS data. It was the third-strongest quake in Texas state history and the biggest seismic event in the Lone Star State since 1995, according to Midland’s NewsWest 9.


Was that an earthquake in San Antonio? Thought I was shaking and then I saw my tv start shaking.

Just felt my building shake. Earthquake in San Antonio??? Anyone else feel that?

Students at San Antonio College evacuated the Moody Learning Center following the tremor, and classes at SAC were canceled Wednesday afternoon as a precaution, according to KSAT.

Although rare, earthquakes have recently become more common in Texas, with the number of earthquakes doubling between 2020 and 2021, according to a Texas Tribune report.

According to the Tribune's reporting, many — including the earthquake Wednesday afternoon — originate in the oil-producing Permian Basin, leading some experts to believe that an uptick in fracking could cause increased seismic activity.