San Antonio Tops the Charts in Lists for Love, Really 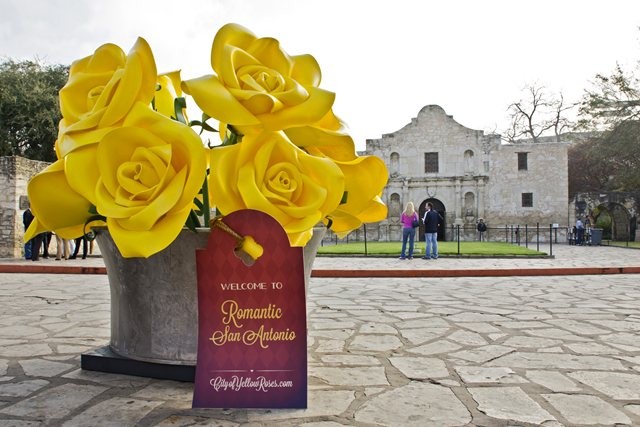 Courtesy VisitSanAntonio.com In blushing, aw shucks, news of the week, San Antonio tops the charts of most romantic cities. It turns out we are a hotspot for l-o-v-e. According to Time, this town scored #1 with Amazon for online sales for romance novels, relationship books, romantic comedy movies, and baby-making music (ala-la Luther Vandross, Maxwell, and Miguel). These sales also include sexual wellness products. Remember, these are online sales, not those adult video shops around the truck stops. Second place went to Seattle. Really? It’s hard to believe we bested the city of “Sleepless in Seattle” and “Singles.” (Sure, it’s called “Singles,” but it’s full heartache romance.) Next, Open Table rated SA as the most romantic for dining. They based their ranking on diner reviews, the ratio of tables for two, and people who dined out for Valentine’s Day last year. (Ok, guilty as charged.) Not to be a spoil sport, but the list seems rather random as Oklahoma City sits up top with us while Santa Monica, California lags behind. I’d like Nate Silver to explain this one to me over dinner, with candlelight. And this isn't the first time, San Antonio turned a few heads.

A few years ago, the Daily Beast gave the rosebud to San Antonio. Even though we got a C in the singles scene, we also scored a C in divorce. As they explained:

The Daily Beast ranked the country’s largest cities based on a high prevalence of marriage, a low incidence of divorce, a relatively happy population and a wealth of bars and restaurants to meet and woo a significant other.

Sure, some folks can’t believe it.

So San Antonio is the most romantic city in the US. Eh, I call bullshit. — Jennifer Floyd (@jennifudy) February 3, 2014

Nonetheless, it may be cold out there, but we are far from frigid. And to top it off, the Romance Writers of America will have their annual conference this summer right here in the heart of Texas.