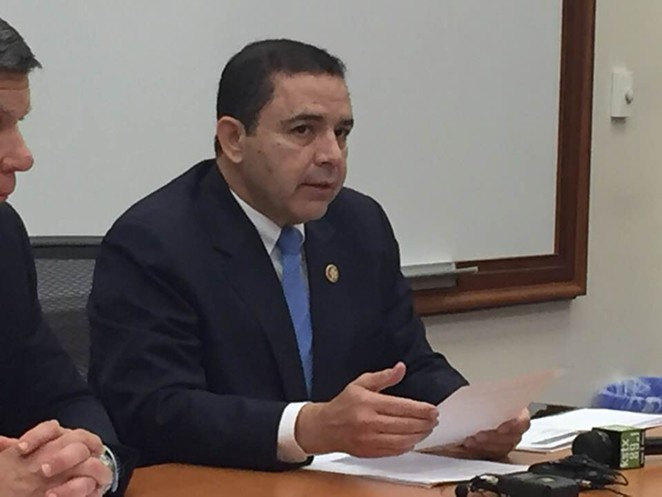 "If there was an immediate danger, I can understand, but I hope the president will disclose that," said Cuellar, D-Laredo, during a Monday visit to the Alamo City. "You can't just say that's the case and change the [subject]."

Members of Congress have complained the White House didn't provide them with advance notice on the strike. They have also questioned whether the administration actually had evidence Soleimani posed an immediate threat to U.S. citizens — its rationale for targeting him.

During a press conference, Cuellar said Trump needs to be more forthcoming both to Congress and to U.S. allies given the gravity of the action against Iran.

"I'm hoping the president can be more cooperative," said Cuellar, who sits on the House's Defense and Homeland Security subcommittees. "My thing is the United States cannot be a lone cowboy and patrol the world."

Cuellar was in San Antonio Monday to discuss funding he secured for the city's military facilities in the recently passed defense spending bill. That includes $50 million to support infrastructure projects surrounding military sites including Joint Base San Antonio.