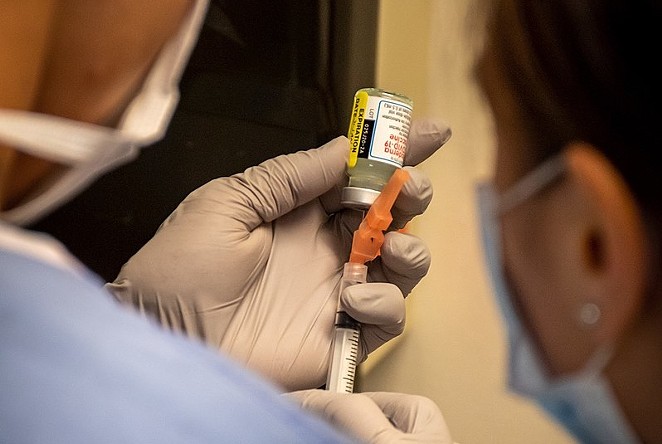 “Cities have consistently been on the front line of our nation’s COVID-19 response,” Nirenberg said in a Thursday tweet sharing a letter from the mayors. “I’m proud to join my mayoral colleagues in requesting that the Biden Administration prioritize a direct line of vaccines to our communities. We must do all we can to expand and improve access.”

The mayors of Austin and Houston also signed the correspondence, as did those of New York, Los Angeles, Chicago and Atlanta.

On Thursday, Texas Gov. Greg Abbott announced that Texas became the first U.S. state to administer 1 million doses. The Lone Star State doesn't lead the nation in percentage of doses administered, according to the Centers for Disease Control and Prevention, but it is in the top 20.

Even so, Texas cities and hospitals have complained about shortages caused by the state's lack of communication and hands-off approach during early stages of the vaccine rollout.

By some estimates, hundreds of thousands of Texans eligible for the vaccine — front-line healthcare workers and residents of long-term care facilities among them — still haven't received inoculations. Last week, appointments for 9,000 shots administered at a mass-vaccination event at the Alamodome booked up in a matter of minutes.

What's more, San Antonio public health officials say the state doesn't inform them of vaccine availability until days before they receive shipments, making it difficult to adequately plan and communicate with eligible residents.

The letter also comes amid tension between Texas' Democrat-controlled cities and Abbott, a Republican who's frequently put the kibosh on their efforts to implement COVID-19 protocols that go further than his executive orders.