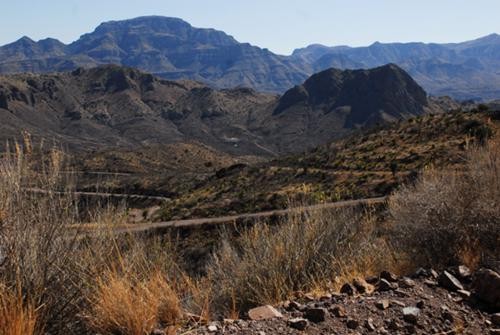 Though the department of Texas Parks and Wildlife has owned the donated land for eight years, the agency has struggled to gain public access for a road to the property. Through some convoluted land deals, Parks and Wildlife was able to purchase four parcels of land allowing for access to the new park. With bears, elk, mule deer and javalinas on the land, the park represents another significant preservation area as oil drilling roars forward in West Texas.

Though the Chinati Mountains State Natural Area still needs to raise funds to open the estate, Texas Parks and Wildlife is excited at the idea of tourist dollars coming into Presidio County. “The economic impact a park brings to an area is substantial, it’s more than a lot of people realize,” said Corky Kulhmann, Texas Parks and Wildlife's senior project manager for land conservation. “Granted taking some of the land is taking it off the tax roles, but when people come here they’re going to the grocery stores and going to the convenience stores, and going to the gas stations and spending money here. It’s a win-win situation.”