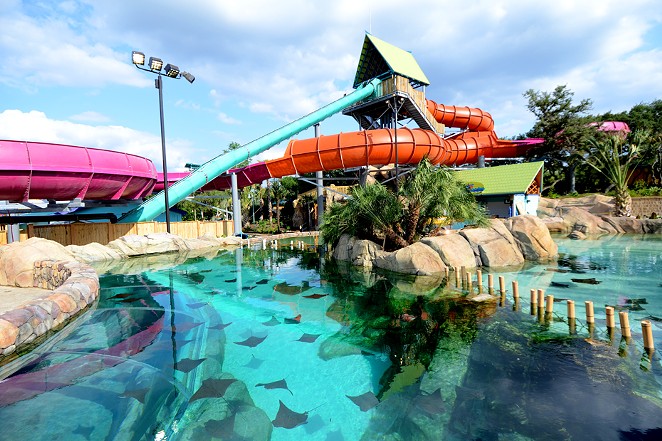 Weeks after company executives announced a drop in attendance at SeaWorld San Antonio during the third quarter, SeaWorld Entertainment is moving forward with plans to separate admission for its Aquatica water park from its SeaWorld marine park. Beginning in March, you'll be able to buy a ticket to Aquatica for $40, a ticket to SeaWorld for $65 or a park-hopper ticket with admission to both parks for $102.

SeaWorld San Antonio is also planning to open a new attraction in the spring called Discovery Point. Modeled after its popular Discovery Cove park in Orlando, the new park will give visitors a chance to get up close and person with the animals. In Orlando visitors to Discovery Cove swim with dolphins, swim in faux tropical reefs, float along a lazy river that winds through tropical bird aviary and take underwater walking tours wearing dive gear and helmets. It looks like plans for San Antonio's Discovery Point are more modest, at least to start. According to pricing on the website, the park will offer swimming with dolphins, belugas or sea lions. Tickets for the animal-swim experiences will start at $125 and will include admission to the SeaWorld park.