The blaze was first reported around 4:20 Wednesday morning, and it took nearly six hours for firefighters to contain it. 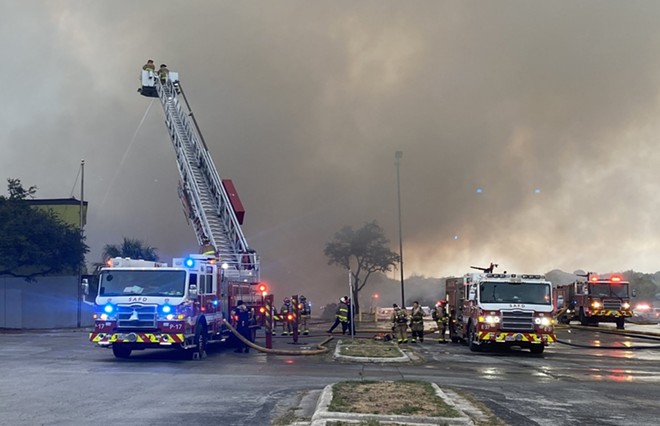 The 25,000-square-foot Northeast San Antonio building that once housed the boot-scootin’ venue erupted into flames early Wednesday, leading to its total loss, Texas Public Radio reports. More than 50 units responded to the call, and firefighters worked for hours to extinguish the blaze, according to the radio station. 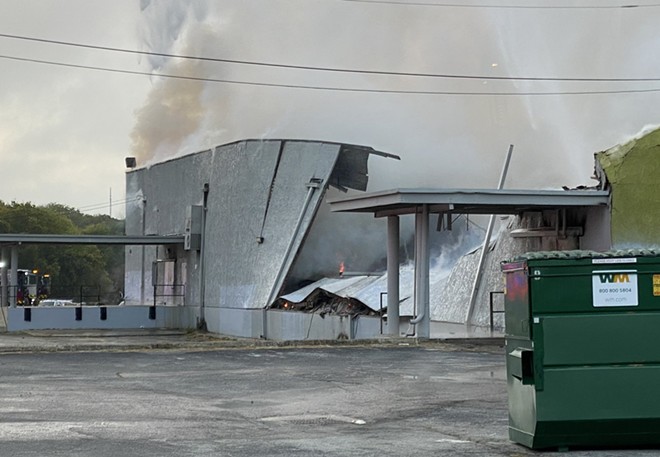 Twitter / @district10perry
The San Antonio Fire Department battled the fire for nearly six hours.
The blaze was first reported around 4:20 Wednesday morning, and it took emergency crews nearly six hours to contain it, San Antonio Fire Department spokesman Woody Woodward told TPR. The SAFD took to Facebook to share footage of flames shooting through the roof of the building, which finally collapsed.

District 10 City Councilman Clayton Perry posted photos of the destroyed structure, located at 12260 Nacogdoches Road, and encouraged constituents to share their memories of the club.


We lost a truly iconic establishment in District 10; the San Antonio dancehall, Midnight Rodeo. This venue was home to many over the years and its legacy will live on forever. I encourage everyone to share their best memories at Midnight Rodeo. It will surely be missed! https://t.co/JQYaUQm1bz

"This venue was home to many over the years and its legacy will live on forever," Perry wrote. "It will surely be missed!"

Fire units were still on the scene as of midday Wednesday, and no injuries have so far been reported.

Midnight Rodeo, a haven for country dancing, closed permanently in 2019. While there have been whispers about reviving the space, none of those plans ever appeared to move forward.