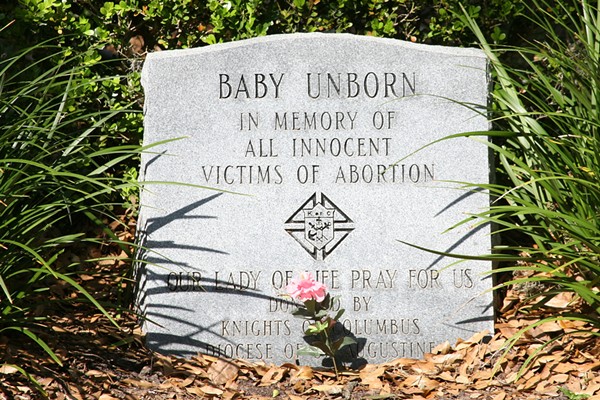 Fetal remains of any abortion or miscarriage in Texas may soon be handed over to volunteers with dubious medical credentials to be buried in an undefined location, according to the state health department.


The Department of State Health Services included this questionable ruling in the newest draft of a proposed anti-abortion law—one that would make all abortion providers responsible for cremating or burying an aborted or miscarried fetus. The second draft comes nearly two months after some 90 people testified at a heated DSHS hearing on the original proposal, where many demanded clarity on the contested rule.


The new draft, however, adds few changes to the original draft—except for the section on financial logistics.


DSHS affirms, in the updated draft, that this fetal burial rule will not have a financial impact on any medical providers involved, for two reasons. First, the cost of cremation will allegedly be equal to the amount of money abortion clinics already pay to incinerate medical waste. The state offers no other explanation or analysis to back up this finding. The second reason is even more mysterious: “The department notes that...private parties have offered to bury fetal remains without charge.”


In essence, the state will rely on anonymous volunteers—people that may not have any medical accreditation or background—to pick up medical waste and bury it somewhere. For free.


“The idea that compliance with a state health regulation should hinge on the illusory, non-binding promise from unknown persons is unheard of,” said Blake Rocap, legislative counsel for NARAL Pro-Choice Texas. “That’s not how medicine is practiced in a first world country.”


The updated text does not mention the Texas law that requires an individual to obtain a specific license to dispose of medical waste. The state also has yet to identify who has offered to bury the remains, and DSHS officials have yet to return our request for comment.


But Joe Pojman, director of the anti-abortion group Texas Alliance for Life, identified one organization that seemed interested in this task. Pojman said that while following the new regulation will likely cost more than clinics’ current method of disposing abortion remains, the financial difference could easily be covered by Our Lady of the Rosary, an Austin cemetery.


Thousands of Texas pregnancies end in miscarriage or abortion every year. When we asked Pojman who would cover the cost of every burial, he pointed directly to Our Lady of the Rosary.


“They already offer to bury babies that die from miscarriage or abortion,” he said. “They have offered to take these remains, too.”


This is news to staff at Our Lady of the Rosary.


“We can’t handle the entire state,” said Jimmy Shields, director of family services at the cemetery. “We’d probably just work within the Austin area. Maybe we could work with other cemeteries in the state, but I don’t know. There are a lot of details that still need to be worked out.”


Details that the state may never disclose. DSHS will publish the updated rule in the Texas Register on Friday, giving the public another opportunity to submit public comment. But based on how few changes were made after the first round of public feedback in August, it’s hard to see the state budging in the future. NARAL plans on submitting another letter, demanding the state clarify why this is an issue of public health—since current disposal methods of abortion and miscarriage remains easily meet medical standards. Rocap isn’t expecting much in reply.


“Leaving the rule so vague, like it is now, makes it easier for the state to defend itself in the future,” he said. “Unclear regulations puts an additional burden on abortion providers.”


Some abortion advocates see this specific rule as a direct response to the Supreme Court's June ruling to block HB 2, the Texas law that would have forced the majority of state abortion clinics to close. The fetal cremation and burial rule was released just four days after the Supreme Court decision.


“The main thing here though, is simple,” Rocap said. “This rule is not based in how modern medicine is practiced. The reasoning complete falls on its face.”