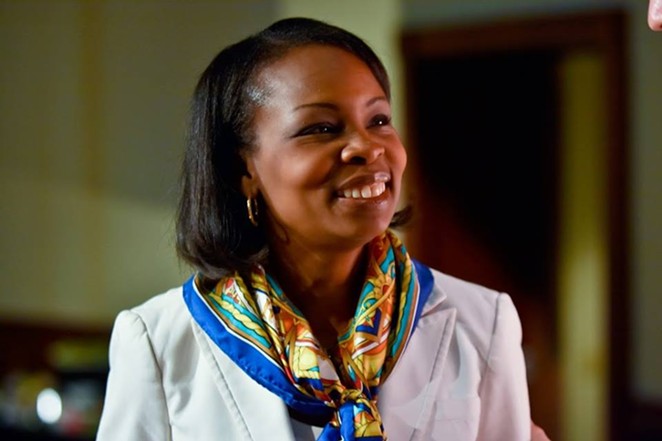 Ivy Taylor will continue to serve as mayor of San Antonio, defeating Leticia Van de Putte in a runoff election today for the city's highest office.

The election was tight, with Taylor collecting just over 51 percent of the vote.

With all precincts reporting, Van de Putte conceded the race to Taylor, according to multiple media reports.

Van de Putte entered the mayoral race after losing the Lieutenant Governor election to her former state Senate colleague Dan Patrick She was the top vote-getter in the general election.

In a victory speech often halted by hoots and bouts of applause, Taylor said she was "thrilled" by the outcome, asking the crowd if they realized they "defeated a political machine."

"Tonight we have made the statement that we want to work together as one San Antonio," Taylor said. "I am so overwhelmed by the love that San Antonio has shown."

Van de Putte said she pledged her support to Taylor when she called the mayor to concede the race.

"As a third-generation San Antonian, I would be right alongside with her as we continue our jobs to together create San Antonio into the great American city that we know she is," Van de Putte said.

Here are the final results from the Bexar County Elections Department:

If the result holds, Taylor will become San Antonio's first elected black mayor. She formerly held City Council seat for District 2, and began her term as interim mayor in July of 2014. She replaced Julian Castro, who left San Antonio to head the Department of Housing and Urban Development.

Early voting favored Taylor by about 3,200 votes. Van de Putte has collected more Election Day votes, but not enough to overtake the lead that Taylor built.

The race for the District 7 seat looks to be over, with incumbent Cris Medina leading challenger Mari Aguirre-Rodriguez by 9 percentage points with 88 percent of precincts reporting.