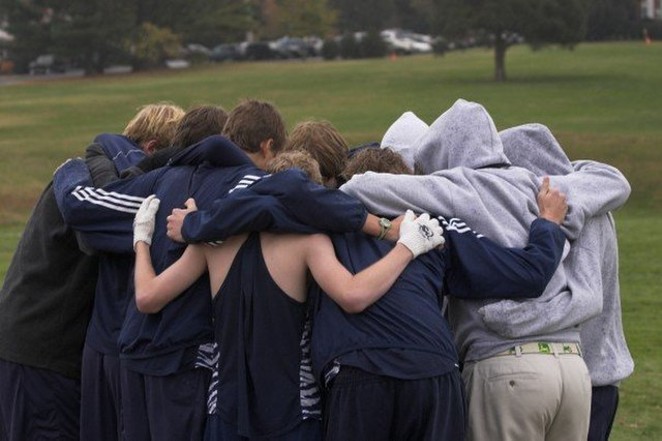 Wikimedia Commons / Public Domain
The birth certificate requirement under the legislation is more limiting than the existing rules governing school sports in the state.
A bill that marks the Texas GOP's fourth attempt to pass legislation targeting the participation of transgender student athletes is headed to Gov. Greg Abbott for his signature.

The bill, which would bar transgender youths from playing on school sports teams that align with their gender identity, cleared a final hurdle as the Texas House voted 76-61 on Sunday to accept Senate amendments, the Texas Tribune reports. The Senate approved its version of the proposal Friday on a 19-21 margin.

LGBTQ+ advocates have blasted the bill and its predecessors for creating more stigma for transgender youth, who already face bullying. The continued debate, which has stretched on for multiple legislative sessions, has harmed the mental health of the families and children it would effect, they argue.

Under HB 25, which Abbott has championed, students would only be able to compete on sports teams that correspond to the gender listed on their birth certificate issued at or near the time of birth.

That change would override the University Interscholastic League, which governs school sports in the state. Under current rules, the UIL accepts birth certificates that have been modified to match a student's gender identity.

In a statement, LGBTQ+ advocacy group Equality Texas said the bill sends a message that transgender people aren't safe or welcome in the state.

"Anti-transgender extremists have made it their mission to attack children, spread misinformation and stoke fear in order to advance their own political careers and twisted agendas," said Ricardo Martinez, CEO of Equality Texas. "This is shameful. This law will deprive transgender and intersex kids of their basic rights and opportunities to play with their friends, get exercise and learn life lessons through sports."