Texas' Flag Is The Nation's Second-Best

Via Flickr user J. Stephen Conn
That's the nation's second-best flag right there.
The next time you pass by a car dealership, enter an elementary school classroom or go literally anywhere else in our great state, us Texans can look up and take pride in a flag that's one of the country's best.

Texas has the nation’s second-best flag, according to flag scholar Ted Kaye and the North American Vexillological Association (there’s your word for the day).

Kaye doesn’t provide much detail on why Texas in particular ranks so high in his recent interview with CNN, but the Lone Star Flag does adhere to key principles Kaye lays out in his book Good Flag, Bad Flag:

1. Keep It Simple
2. Use Meaningful Symbolism
3. Use 2-3 Basic Colors
4. No Letter Or Seals
5. Be Distinctive Or Be Related

The only flag Kaye ranks ahead of Texas is New Mexico’s, which employs an even more simplistic design: 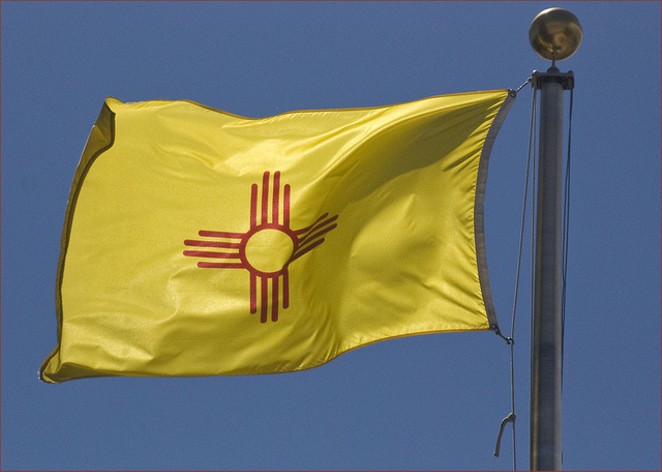 Via Flickr user Ron Cogswell
A pretty solid flag, to be sure. But I doubt it’s ever inspired any multimedia tribute that rivals the likes of this video:

Maryland, Alaska and Arizona round out the rest of the top five flags. And the five worst? Mostly plains states: Minnesota, South Dakota, Kansas, Montana and Nebraska. Sorry, Midwest.