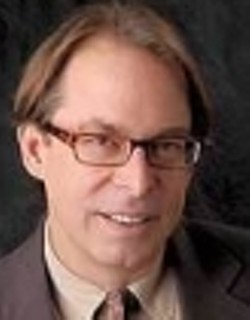 Texas Tech University
He's not about the bling.

But as he sees it, that's all his colleagues have become about.

So he's vowing to continue fighting the good fight ... on his own.

Texas defense lawyer Jeff Blackburn has parted ways with the high-profile organization he founded a decade ago, dedicated to seeking the exoneration of people believed to be wrongly sent to death row.

But Blackburn isn't stepping away from the Innocence Project of Texas because he's changing his mission. Actually, he blasted his colleagues currently leading the group of not having enough backbone to stand up to interests corrupting that mission.

The project is affiliated with the nationally known Innocence Project, headquartered in New York City. It is best known for winning the freedom of many death row prisoners for crimes they long had decried of not having committed.

But the national organization has strayed away from its core mission, lured away by big money and corporate interests, said Blackburn, who's based in Amarillo.

And that's why he had to walk away.

In his resignation letter sent to the board of directors of the Innocence Project of Texas, Blackburn said that the national outfit "went from being a small nonprofit to an organization with a multi-million dollar budget. As its size grew, so did its appetite for money and its need to control the reform movement. What was once a movement has now become a business."

Blackburn didn't accuse his Texas brethren of directly being part of that negative change, but he concluded he could no longer join hands with them due to their refusal to break off from NYC.

"They can keep their $100,000 'VIP' tables at galas, their friends from Goldman Sachs, and their need front control," he wrote in his resignation letter. "It is not for me."

Perhaps not for him, but the rest of Texas group doesn't have an issue with it.

They didn't get into details as to how they see things differently, but in their own statement, board members made it clear they're not going anywhere.

"Our board does not agree with the complaints Jeff made in his resignation letter concerning the Innocence Project," they wrote on the group's website.

Blackburn may be based in a small Texas panhandle city, but he has certainly made a name for himself much farther and wide across the region and the nation.

A lawyer for more than three decades, he has been involved for many years in trying to exonerate wrongly-convicted death row felons.

His best-known case stems from a drug bust in Tulia, Texas. During a four-year period in the early 2000s, Blackburn obtained full pardons and civil damages for 38 people involved in the case.

The State Bar of Texas named him "Criminal Defense Lawyer of the Year" in 2003. He also teaches law at Texas Tech University.