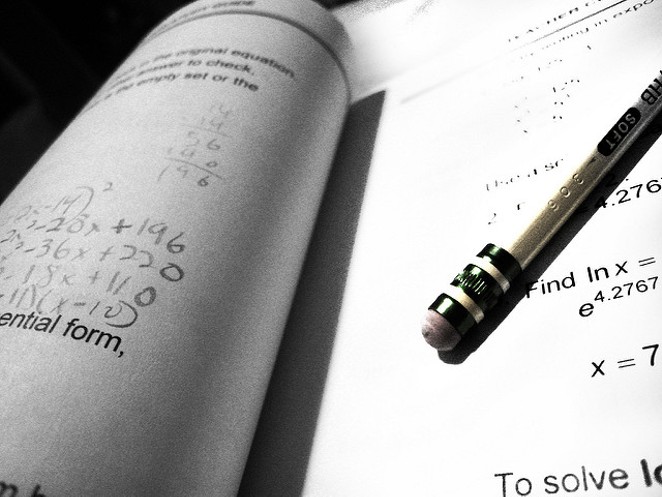 Bill Selak via Flickr creative commons
Tens of thousands of Texas children with disabilities have been kept out of special education over the past decade due to an arbitrary benchmark that state education officials can’t really defend.

That was the startling conclusion of a Houston Chronicle investigation that dropped over the weekend that sought to explain just why it is that Texas’ rate of special ed enrollment, the lowest in the country at 8.5 percent, hangs so far below the national average of 13 percent. The Chron blames a 2004 decision by the Texas Education Agency to set the target percentage for how many students should get special education at 8.5 percent – a decision that even high-ranking State Board of Education officials now call “arbitrary.” Disability rights advocates say the move has likely done immeasurable damage to kids that desperately needed, but were left out of, special ed classes as districts pushed their enrollment down year after year to meet the state’s random benchmark.

TEA officials have credited the drop on schools that have gotten better at identifying struggling kids and have managed to overcome more students’ disabilities. Naturally, they’ve offered no evidence to support that claim. Meanwhile, the dozens of experts and educators interviewed by the Houston daily say the state’s new, arbitrary benchmark is to blame.

Lawmakers and education officials across the state decried the TEA’s policy Monday. State Sen. Jose Menéndez, a San Antonio Democrat, says his office has received numerous calls from parents whose children have been denied special ed services at school. “Many of these children have been diagnosed by private physicians and yet are turned down for services at school," he said in a statement. “The Texas Education Agency should know the legislature is watching and we will not tolerate a top-down policy that limits access to special education."

Sadly, the Chron’s findings only underscore how hard this state can be on children, particularly vulnerable or underprivileged ones. Texas routinely ranks at or near the bottom of states when it comes to child wellbeing. According to one recent report, more than 1.3 million Texas kids live in so-called high poverty neighborhoods, up six percentage points from 2000. Texas has some of the highest rates of uninsured children in the country. The agency tasked with identifying and preventing child abuse has been forced to undergo fundamental reforms after years of repeat failures. And since last December, state officials have been fighting a federal court ruling that found the state foster care system for years turned a blind eye to internal failures that led to the repeated exposure to physical, sexual and psychological abuse of some of the most vulnerable children in state custody.

And now we find out that state education officials, for no clear identifiable reason, have helped keep tens of thousands of disabled kids out of classes that could have properly educated them. Can someone explain why people like Lieutenant Gov. Dan Patrick are so worried about bathrooms again?