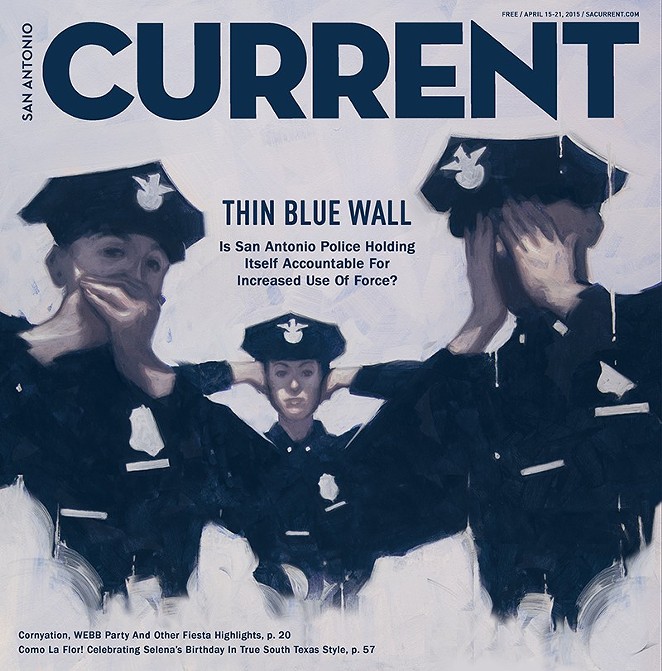 Shortly into this morning's Senate hearing on criminal justice, Senator José Menéndez, a San Antonio Democrat, brought up his own experience with law enforcement.

"I've gotten pulled over a couple times," he said. "And the first thing the officer asks is, 'Is this your car?' And I want to ask, 'Why, is it because it looked like I borrowed it?'"

Sen. John Whitmire, chair of the Senate Committee on Criminal Justice replied, with a chuckle: "That's what we're going to teach in the class not to say."

Whitmire's referring to his proposal that the Texas Education Agency create a new high school course for ninth-graders to learn how to interact with law enforcement if they are pulled over or detained by a cop. In a year of widely publicized police violence against people of color — paired with the fatal attack on Dallas police officers during a protest against police violence — Whitmire said education is key to improving fraught relations between law enforcement and communities. He equated the course to driver's ed, just for learning how not to upset a cop instead of how to correctly change lanes.

The idea that people should be the ones responsible for not being victims of police violence during a confrontation — the definition of "victim blaming"— seemed backwards for some senators and advocates at the hearing. Many victims of the country's most publicized examples of police violence were following an officer's orders, a sign that following the rules isn't exactly a bulletproof plan.

James Douglas, President of Houston's NAACP chapter, asked the Senate panel for an equal, if not stronger, focus on officer education.

"We're talking around the issue, not about it," said Douglas. "Policemen need training with dealing with implicit racism. Until we deal with the racism problem that’s creating all the other problems, it won’t matter." Douglas proposed that every member of Texas law enforcement have periodic training on implicit racism, including members who have been on the force for decades.

Austin Police Chief Art Acevedo echoed Douglas' suggesting, and said that police should also be held accountable for "criminalizing adolescent behavior." Acevedo came under attack by his local police union earlier this year for firing an officer responsible for the fatal shooting of a teenage boy.

"This is a two-way street. This is for us to all go home alive," Hunt said. He argued that Sen. Menéndez' anecdote showed that the police officer wasn't profiling the Senator. "Sometimes we mistake an officer's nervousness for rudeness," he said.

Hunt also said officers rarely pull over drivers for not signaling a lane change, the initial reason Sandra Bland was stopped by a Texas state trooper last year, prior to her death.

Whitmire will hold more meetings on criminal justice in coming months to fine tune this "civics course" on police relationships.