"Any politician with half a brain knows better than to make that type of accusation," said Ed Espinoza, executive director of Progress Texas. "The Democratic debate discussed immigration, guns, paid sick leave, and student loan debt, which are important issues on the minds of millions of Americans."

Here's a few screenshots of Villalba claiming Sanders said he is a Nazi. 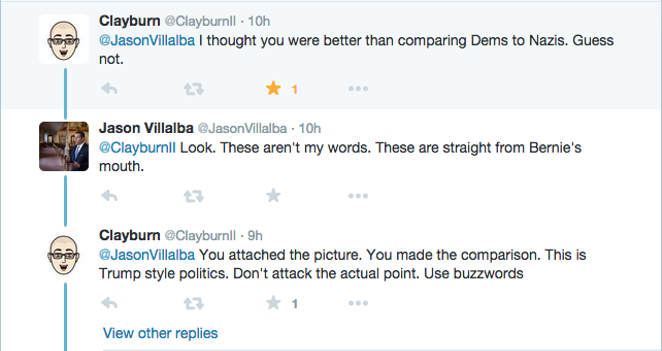 @PatrickSvitek @BernieSanders Not accurate. I categorically deny the connection. I said he was a democratic socialist. As he has said.

For the record, Nazis were National Socialists.