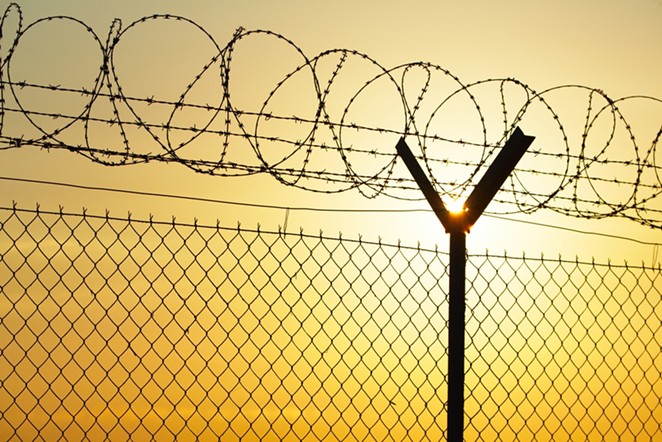 Shutterstock
The Texas Department of Criminal Justice says it will move around 1,000 inmates at the Pack Unit — a Texas maximum security prison with no air conditioning — to other state prisons with more habitable temperatures.

This Thursday decision comes after a federal judge gave the state 15 days to move the inmates most vulnerable to heat-related illnesses into air conditioned housing and submit a plan to improve Pack Unit's climate issues.

The 1,000 lucky inmates fall into what the state calls the "heat-sensitive" class — the elderly, disabled or those with medical issues that are aggravated by excessive heat. (We'd argue most humans stuck in an unventilated, tiny cell with temperatures ranging between 95 to 100 degrees could be classified as "heat-sensitive," but its not our call.)

But for those left behind, the state promises the inmates will have 24-hour access to a room that has air conditioning where they "must remain seated" and "must not create disturbances." They are allowed a cup for water, which is something Texas prisons have denied inmates in the past.

In the court filing, the state also swears that it'll make some posters to educate inmates about hear-related illnesses and remind them to go to that air conditioned room every once in a while. And instead of paying for electric fans, the prison will require inmates to go through training about how to use the air conditioned room.

This fix is only the latest in a decades-long battle to address the 75 percent of Texas prisons that do not have air conditioning. Since 1998, 22 Texas inmates have died from heat-related causes — prompting a class-action lawsuit against the state.

Next Tuesday, the inmates’ attorneys will head to court and respond to the state's proposal.