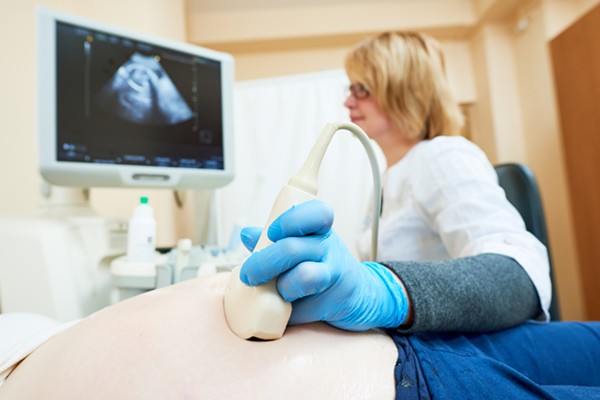 Shutterstock.com
On Monday, the first of a slate of anti-abortion bills filed in the Texas Legislature cleared a major hurdle.

Critics insist the bill, which the Texas Senate passed by a 21-9 vote Monday, would leave it up to doctors to decide what information is worth sharing with a woman carrying a fetus with severe disabilities or anomalies. The author of Senate Bill 25, Conroe Republican Sen. Brandon Creighton, insists the law is aimed at shielding doctors from malpractice suits (lawsuits that, according to Texas medical malpractice lawyers, are extremely rare).

Critics don't necessarily disagree with Creighton about the impact of his bill — it's just that the law would just so happen to protect doctors who withhold medical information about fetal abnormalities if they think a woman might consider an abortion.

Before Monday's vote, El Paso Democrat Sen. José Rodríguez said SB 25 "seems to be about restricting and further limiting a woman's right to exercise her choice about what she's going to do in the case of serious defects to the fetus."

Rodríguez echoed the concerns shared by the dozens who testified against the bill at a senate committee hearing last month. "It shouldn't be the policy for the state of Texas to excuse doctors from lying to their patients," Blake Rocap, policy advisor for NARAL Pro-Choice Texas, told the committee. "That's what this bill does." Margaret Johnson, who testified on behalf of the Texas League of Women Voters, told lawmakers, "SB 25 is a not-so-subtle way to give medical personnel the opportunity to impose religious beliefs on women."

To many of the witnesses who testified against the bill last month, their opposition didn't even have anything to do with abortion access. One woman, Rachel Tiddle, told lawmakers of her experience carrying to term a fetus with severe abnormalities. Tiddle said had she known the fetus had severe health issues, she would have opted for an experimental therapy to try and save the baby's life. Instead, she gave birth to a stillborn baby.