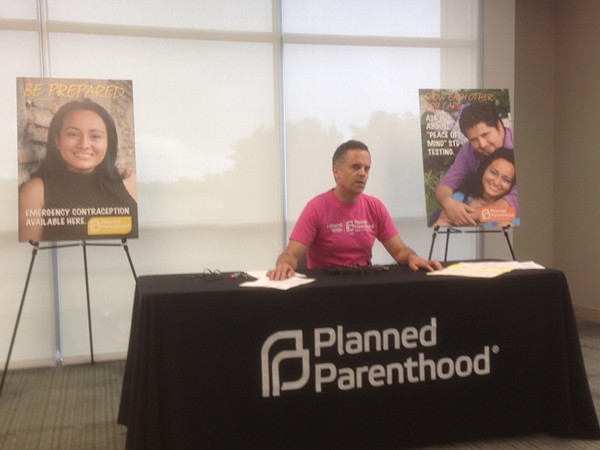 Rohit Chandan
Planned Parenthood South Texas CEO Jeffrey Hons speaks to media after the state unexpectedly showed up at the San Antonio clinic with a subpoena in hand.

This morning, officials from the Office of the Inspector General, Texas Health and Human Services Commission unexpectedly showed up at the San Antonio Planned Parenthood facility on Babcock Road to serve a subpoena.

The state is seeking tons of documents and gave Planned Parenthood just 24 hours to compile it all.

Calling it an erroneous request, Hons questioned the subpoena's legality, but is working to meet the request.

Planned Parenthood lawyers are requesting an extension of time to provide the documents. Hons said it's a time and labor exhaustive process to produce all the documents the state is looking for.

This isn't the first time Planned Parenthood received an unexpected visit from the state, either. However, the state has never sought personal staff information, Hons said.

Earlier this week, Texas Governor Greg Abbott announced that all Medicaid funding to the organization would be axed.