The Purge: Texas Republicans Have a Lengthy History of Erroneous Voter Fraud Claims 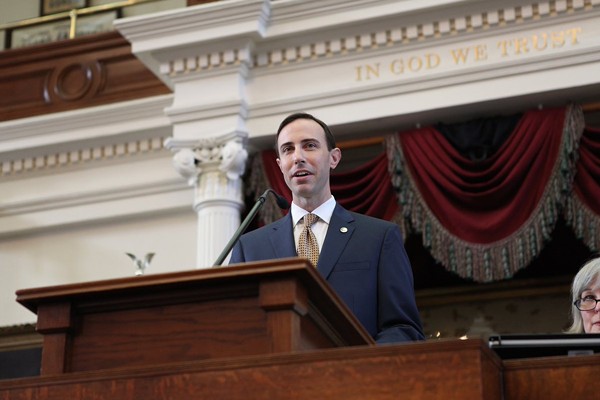 Election officials in Collin, Fort Bend, Harris, Travis and Williamson Counties received calls from Whitley’s office informing them many of the flagged voters shouldn’t have been on the list, according to the Texas Tribune. In McLennan County, all 366 flagged voters were determined to be citizens. And the Fort Worth Star-Telegram estimates that, as of February 1, the list may have already shrunk by 20,000 names.

For Myrna Pérez, deputy director of the democracy program at NYU Law School’s Brennan Center for Justice, the backpedaling is just the latest example in a long history of targeted voter suppression in the Lone Star State.

“We totally saw this coming,” said Pérez, a San Antonio native. “We have seen before these ridiculous, over-the-top claims of non-citizens on the rolls, and when the smoke clears and the dust settles, they always have to walk it back.”

Texas lawmakers cited voter fraud when they implemented the state’s controversial 2011 voter ID law, which required voters to present approved photo identification at polling places. However, when pressed to present proof of rampant wrongdoing, the state has repeatedly failed to do so.

“It’s always been alleged, but it’s never been proved,” said Albert Kauffman, a law professor at St. Mary’s University in San Antonio. “I know Texas took a great deal of support for the fact that, in Indiana, they passed a voter ID bill which was approved by the U.S. Supreme Court. But [the court] approved it based on the importance of the franchise, and they agreed in their opinion that there is no proof that people were illegally voting and that [a voter ID law] would somehow cure it.”

In 2012, Texas claimed some 80,000 registered voters may have been deceased and subsequently mailed notices to individuals, giving them 30 days to prove they were alive so they wouldn’t be struck from the rolls. Similar to what is happening now, the number of “deceased” voters — disproportionately people of color — shrunk upon inspection.

Both the 2012 and 2019 lists were gathered by using inaccurate large-scale database comparisons, critics charge. The “non-citizens” list, for example, was compiled by comparing a drivers license database with one for voter registrations. But Texas only requires license renewal every six years, and nearly 349,000 people have become naturalized Texans in that time frame, according to the U.S. Department of Homeland Security. That means many, possibly all, of the voters were erroneously flagged.

Secretary Whitley has acknowledged in a follow-up advisory that the matches between the databases are “weak.” Even with that walk back, the damage may already be done, Pérez argues.

“When one makes an allegation like that, even if it’s thoroughly debunked, there is going to be some reaction in the public,” she said, “of either one side believing it and using the information, or some people getting so disgruntled and disgusted at the vilification and demonization of certain members of our community that they’re not going to feel welcome participating.”

Since the January announcement, Whitley’s numbers have been circulated by news outlets, regurgitated by President Trump on Twitter and used by the Texas Republican Party in a fundraising email to call for a voter-roll purge.

According to the United States Election Project, Texas saw a significant increase in voter turnout in 2018, but still lagged the national average. St. Mary’s Kauffman worries the state’s apparent lack of caution in compiling the recent list could have an impact on potential voters.

“The fact that the governor then says, ‘We have to stop this terrible situation, we need legislation,’ and then the president picks it up and says the same thing just shows you the danger of throwing out red meat for people who are looking for any information like this,” Kauffman said.

Despite credible doubts about the list’s legitimacy, some counties have begun issuing notices similar to those sent to “deceased” voters in 2012. A lawsuit by the American Civil Liberties Union claims election officials in Blanco, Caldwell, Fayette, Galveston and Washington counties have already mailed notices giving voters 30 days to prove their eligibility or be removed from the rolls.

The ACLU’s lawsuit is one of several the state is now facing over the list.

According to the Dallas Morning News, there are 4,912 flagged alleged non-citizens registered to vote in Bexar County, and 2,911 of those individuals have a voting record. The Bexar County Elections Department declined comment.

Whitley, who was appointed secretary of state by Gov. Greg Abbott in December, appeared before the Texas Senate nomination committee Thursday, February 7, for a confirmation hearing. Democrats appeared skeptical about the nominee’s commitment to protecting voter rights.

Sen. Royce West, D-Dallas, asked Whitley to define “voter suppression,” to which the nominee replied that his definition was irrelevant.

“You’re the secretary of state,” West said. “It is relevant to me if I’m going to vote for your confirmation.”