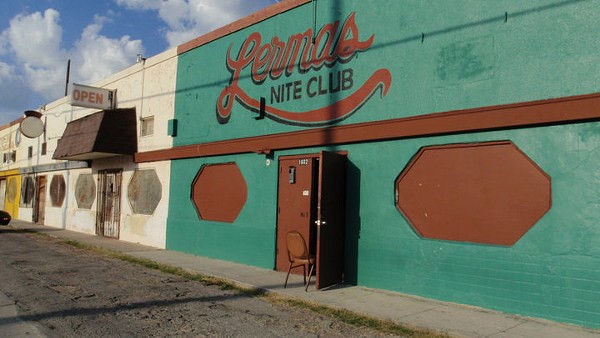 Courtesy
Public input is needed to fund and restore the historic Lerma's Nite Club.
The Esperanza Peace and Justice Center is seeking community input for suggestions on their ongoing efforts to preserve and revitalize Lerma's Nite Club, a storied West Side institution considered by many to be one of the longest-running Conjunto live music venues in the nation.

The nonprofit organization, which is tasked with guardianship of the now-shuttered venue, will share its future redevelopment plans for the site at a community meeting at the Guadalupe Cultural Arts Center on Wednesday.

For 60 years, the modest neighborhood bar off Zarzamora Street played host to a rotating roster of musicians who mastered a puro South Texas musical style known for its cumbias, polkas and distinctive accordion sound. Lerma's tiny stage was a magnet for Conjunto pioneers and legends. Energetic performances from musicians such as Eva Ybarra and Esteban “Steve” Jordan helped characterize the night club as a vibrant center of the South Texas Conjunto scene. And although Lerma's is hailed as a landmark of America's musical heritage, it was nearly demolished when code violations forced the venue to close in 2010.

Threats to tear down the building galvanized conservationists and community leaders who were motivated by the need to preserve a vital piece of South Texas' cultural legacy. Through the efforts of the Save Lerma's community coalition, Esperanza was able to purchase the building in 2012. Now the nonprofit is engaged in a multi-year fundraising and redevelopment effort to transform the historic night club into a multi-purpose live music venue, museum and cultural community space. To date, Esperanza has raised $270,000 in cash and in-kind donations toward the Lerma's preservation effort, but as the San Antonio Current previously reported, Save Lerma's estimates a total of $2.2 million is needed to fully fund the preservation.

Through the efforts of Save Lerma's, the building, which includes the night club and adjacent businesses, is now a City of San Antonio-designated historical landmark and is listed in the National Register of Historic Places by the Texas Historical Commission. Last year, Lerma's Nite Club made Preservation Texas' annual list of Most Endangered Places. Lerma's Nite Club's landmark recognitions have helped bolster redevelopment fundraising efforts.

Once the project is funded and completed, Esperanza plans to resurrect Lerma's as a space to hold events that reach "senior citizens, young people, and the most vulnerable populations in the area, including veterans, homeless people, people with disabilities and mental illness."

Wednesday's meeting is intended to gather public input regarding the Lerma's redevelopment plans. The insight will assist Esperanza as it finalizes project details needed to complete and file a business and feasibility plan in order to gain access to City of San Antonio funding.

Esperanza is also asking the public to compete an online market and community survey to help them finalize its redevelopment efforts of the historic landmark.