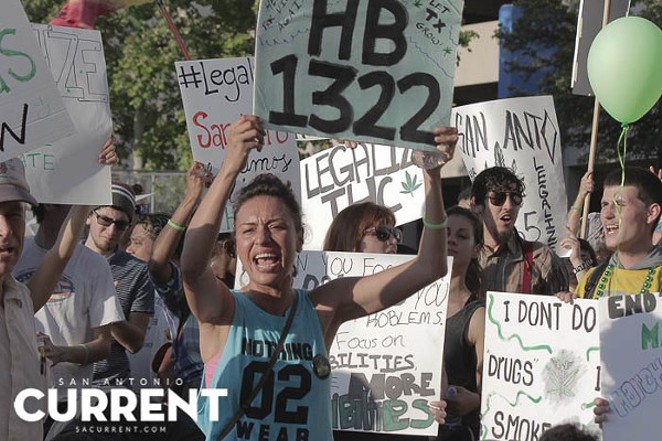 Alex Ramirez
Marijuana activists hope to continue the momentum from 2015 during the 2017 Legislative session.
Baby steps are better than none at all.

"This confirms what we already knew: marijuana law reform is not a partisan issue," Fazio said. "Across the board, Texans of all political persuasions acknowledge that cannabis is medicine and support the reforming of outdated policies."

We call upon the Texas Legislature to improve the 2015 Compassionate Use Act to allow doctors to determine the appropriate use of cannabis to prescribed patients.


This is not legally binding. It's more of a signal, Fazio explained.

"For those legislators who were concerned about conservatives not supporting medical marijuana, now they don’t have to worry about it," Fazio said.

Basically, Fazio, who was at the convention, says that currently the only people — as defined by the 2015 Legislature — who can access legal CBD oil, which has low THC content, are those with intractable epilepsy. If doctors determine the appropriate use of cannabis for prescribed patients, Fazio thinks there is a possibility that more types of patients in the Lone Star State could access legal CBD oil.

However, Texas Republicans still oppose the legalization of marijuana.

They also approved this language:


While attitudes are changing toward medical marijuana in the GOP, the party still has a long way to go.