Attendance from business members of the city's noise task force has dwindled as the revamp approaches the finish line. 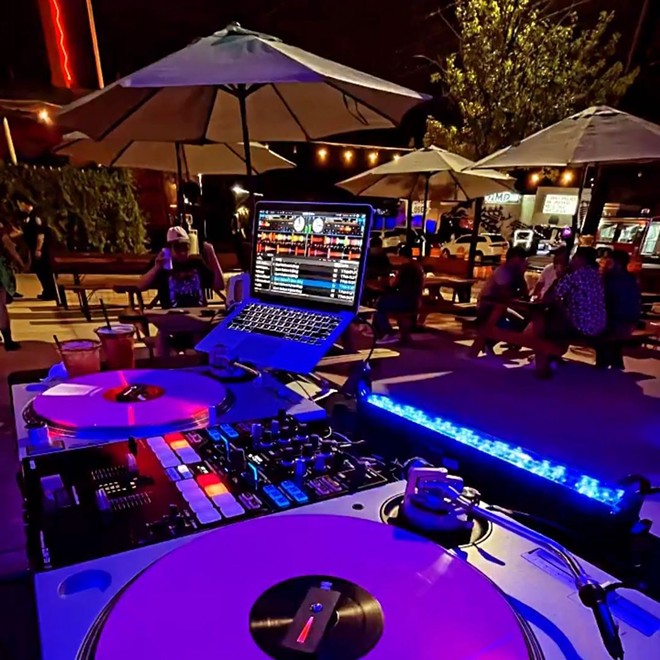 Instagram / rumble_sa
The full council could vote on the new noise ordinance by the end of this year or early next year.
What if you proposed a noise ordinance and no one showed up?

That's the dilemma facing San Antonio bar, restaurant and venue operators as time ticks down on their chance to comment on the city's pending overhaul of its rules for live music and other amplified sounds.

A task force that's spent more than a year weighing an update to those guidelines last month received its final report from a consultant hired to study how to stave off conflicts between neighbors and businesses over sound levels.

However, some involved in the process worry the businesses most affected by the pending changes haven't been involved enough as the group readies to hand its final recommendations to city council.

Uhler began taking part in the meetings out of concern that new noise restrictions might stop his King William beer garden from presenting live music, something it's done since the 1920s.

Those may represent the last chance for businesses to weigh in on the proposed changes before the task force moves them on for council debate.

As part of its proposed revamp, the city hired sound consultant Don Pitts, known as the "Noise Whisperer" for his success in tackling Austin's conflict between residents and its booming club and nightlife scene.

With input from the committee, Pitts spent months reviewing San Antonio's noise issues and shared his final recommendations on Aug. 24.

The report doesn't suggest heavy handed solutions such lowering the city's allowable decibel levels. It also identifies outdoor amplified sound — not music being played inside clubs and other venues — as the source of most complaints.

Even so, the report suggests changes that will shake things up for bar and venue operators. Chief among them, businesses with outdoor speakers will be required to obtain a city permit and face potential loss of that permit for repeated rule violations.

The recommendations don't establish a price for the permit, which would be used to cover the cost of the city's new enforcement and mediation efforts.

Additionally, Pitts calls for setting hours — determined by proximity to neighbors — during which businesses can play amplified sounds outdoors.

Further, the consultant advises that San Antonio hire a professional sound engineer and full-time personnel to help mediate between neighbors and businesses when noise levels become a flashpoint. That would move enforcement away from the San Antonio Police Department, which has said it doesn't have the time or resources to handle the work.

Pitts said he doesn't think the changes will prove onerous to business owners, but he urged them to come to the table so they understand what's being proposed.

"This process really dragged on, so I think there's been a lot of fatigue," he said. "But it's really important for them to be there to offer their comments."

If that happens, the full council could vote on the new rules by the end of this year or early next year.

Shannon said he's heard from some businesses that the task force meetings are difficult to attend because they happen in the early evenings, when many are opening for business or dealing with the dinner rush.

As a result, the group scheduled one of its remaining meetings during the afternoon and the other during the evening. Both are open to non-task force members, who will have a chance to comment.

"I think it's critical to have [businesses'] input right now," Shannon said. "We want to make sure that we're giving them a chance to have input and doing it in away that they have time to attend."

Some venue operators have complained that the task force is too heavily weighted with residents, adding that its outcome was already predetermined.

Blayne Tucker, who owns North St. Mary's bar The Mix, resigned from the group last fall, raising concerns in an email about its lack of geographic diversity and unwillingness to compromise.

But Shannon maintains that the task force was always an attempt to find a middle ground that both businesses and residents can live with.

"If it was all predetermined, it wouldn't have taken us a year to get to the end result," he said.

Just the same, Uhler said he wants restaurant, bar and club owners to show up and make sure their voices are heard.

After all, they'll have limited recourse once the proposal is in front of city council with staff's recommendations.

"I think there's a sense that this is going to go forward no matter what," he said.